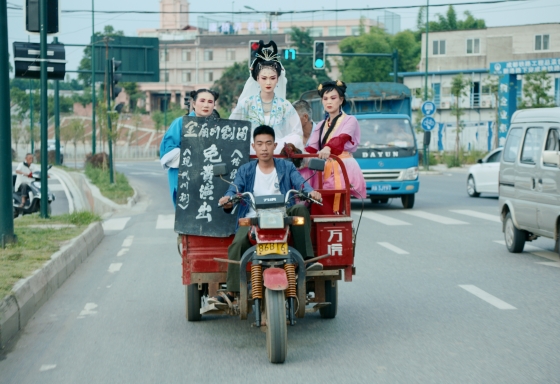 TORONTO, ON – November 7, 2019 – William Woods and Hilary Hart of Game Theory Films today announced the acquisition of Johnny Ma’s To Live To Sing which opens the Reel Asian International Film Festival tonight. Produced by Wu Xianjian, Jing Wang, Vincent Wang and Matt Drake, Amanda Verhagen of Canada’s Notable Content, the film screened in the Directors' Fortnight section at the 2019 Cannes Film Festival and won both Best Film and Best Actress at the 2019 Shanghai International Film Festival. Game Theory will release the film in Canada in early 2020.

“We are delighted to bring Johnny Ma’s talent and vision to Canadian audiences with his latest masterpiece To Live to Sing,” said William Woods and Hilary Hart. “This is exactly the kind of project Game Theory wants to support – incredible storytelling, with a masterful vision, and great performances.”