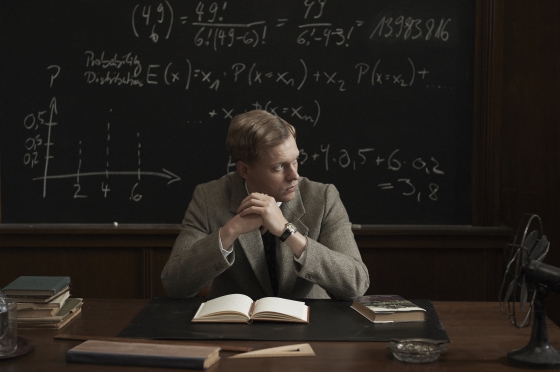 December 10, 2019 - Indie Sales is pleased to announce that German writer/director Thor Klein’s English language debut feature Adventures of a Mathematician will have its world premiere on January 5, 2020 in the prestigious World Cinema Now section at the 31st Palm Springs International Film Festival (Jan 2-13, 2020). Klein will be in attendance at the festival alongside stars of the film Philippe Tlokinski and Fabian Kociecki, producers Lena Vurma, Joanna Szymanska and Paul Zischler, as well as the daughter of Stan Ulam, Claire Weiner Ulam and additional key crew members.

Based on the autobiography by the same name, Adventures of a Mathematician tells the thought-provoking account of Stan Ulam, a Jewish Polish mathematician who fled to the US in the 1930s to help build first nuclear bombs and save his family in Europe. It’s an emotional journey to the time when science lost its innocence and shaped the world we live in today.

Adventures of a Mathematicianwill have its market premiere at the upcoming European Film Market during Berlinale.