The film, which has traveled extensively to festivals in Canada and abroad, has won and been nominated for nearly 20 awards, including three Canadian Screen Awards 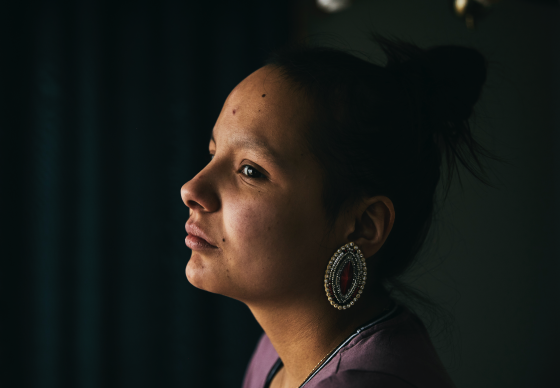 Award-winning feature film Kuessipan, inspired by Naomi Fontaine’s critically acclaimed novel of the same name, is currently available on iTunes, Vimeo, and Illico and is one of the titles being featured on National Canadian Film Day on April 22. Directed by Myriam Verreault, (À l'ouest de Pluton), the award-winning Kuessipan is produced by Félize Frappier (Max Films Média) and is distributed in Canada by Filmoption International.

In Kuessipan, Mikuan (Fontaine-Ishpatao) and Shaniss (Grégoire) are two childhood friends from a small Quebec Innu community who begin to realize that they face very different futures. A bittersweet portrait of the ties that bind people, places, and possibilities, Kuessipan was filmed on location in the Innu community of Uashat Mak Mani-Utenam, as well as in Sept-Îles. The film stars Sharon Fontaine-Ishpatao, who was recently awarded a Special Mention for Acting by the Aubagne Film Festival, and Yamie Grégoire, two young Innu women from Uashat, in their first acting roles. Additional cast include Étienne Galloy, Cédrick Ambroise, Caroline Vachon, Mike Innu Papu McKenzie, Douglas Grégoire, Anniss Desterres and Brigitte Poupart.