Big, Bold and Free Theatre at Soulpepper for People 25 and Under Launches Today 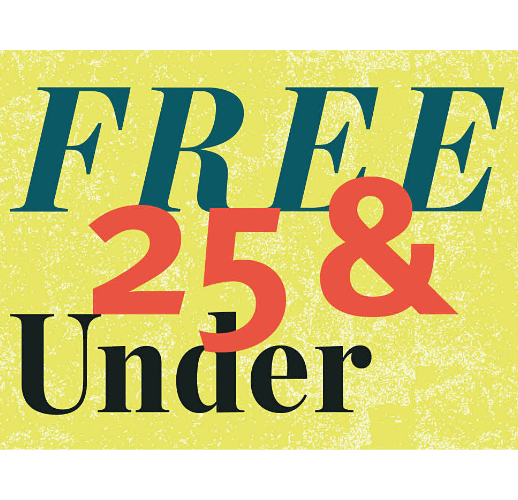 TORONTO, ON – January 14, 2020 – In celebration of the start of the inaugural season of artistic programming under the leadership of Artistic Director Weyni Mengesha and Executive Director Emma Stenning, Soulpepper Theatre Company’s previously announced Free 25 & Under program launches today with the first performance of the 2020 season. The Free 25 & Under program will offer patrons 25 years old and under two tickets to all Soulpepper Mainstage and Concert productions at no cost the day of each performance. Those who register for this program will also gain access to exclusive enrichment opportunities, artistic workshops, backstage tours, and social gatherings. Since opening the registration over 1100 young people have registered for the program. To register, visit soulpepper.ca/free25.

“We have been thinking a lot about how we connect communities through sharing stories. That means looking at who is telling the stories on our stages, but also who is receiving them in our audiences. Welcoming the next generation in this way and removing financial barriers is an important part of us opening our doors to serve the community. We have been inspired by other organizations around the city moving in this direction. I am very proud that we are taking steps to ensure a more inclusive experience,” said Weyni Mengesha, Artistic Director.

“To celebrate our first season, we wanted to make a real gesture; one that would help us to share our work with as wide a community as possible. For us, there is no better investment than ensuring young people feel welcome in our theatres. We hope they are inspired by what they see on our stages, and, in turn, we know that they will inspire us to continue to seek out the ideas and artists who tell the most compelling stories. We want to thank Sun Life for partnering with us to support this new initiative. They have always encouraged us to work towards greater accessibility, and I am thrilled we are taking this next step together,” said Emma Stenning, Executive Director.

This initiative further demonstrates Soulpepper’s commitment to inviting people from all communities to the theatre, addressing the financial barriers for patrons wishing to attend the theatre. Soulpepper also announced an accessible tier ticket price of $25 tickets available for purchase by anyone for all performances. These accessible pricing programs compliment the company’s existing Artsworker, StagePlay (Under 30), Rush, Youth Rush, and Student Group pricing initiatives.

Launching big, bold, transformational initiatives like the Free 25 & Under program is made possible through the support of Sun Life. “Sun Life is proud to partner with Soulpepper on this landmark new initiative that will help transform its relationship with the community. We are excited by the work Soulpepper puts on its stages, and are proud to help ensure that young people will have access to great theatre, completely free,” said Paul Joliat, Assistant Vice President, Global Partnerships, Sun Life.

Visit soulpepper.ca/free25 for full details and find below a list of upcoming performances.

Keep your enemies close, and your family closer. The Tudor throne is empty, and three would-be Queens contend for the crown. Sisters turn against each other in a deadly struggle that threatens to tear the country apart. With Hennig’s trademark style and wit, the story of ‘Bloody Mary’ becomes a thrilling contemporary exploration of women and power.

When justice locks you up, what sets you free? Gripping from start to finish, two notorious men await trial for murder, only to discover justice and goodness where it is least expected. Pulitzer Prize-winner Stephen Adly Guirgis delivers an uncompromising drama about contradiction, contrition, and hypocrisy.

The stage is set for a little family drama. Unrequited love. Creative jealousy. Guns. Vodka. Art. A summer weekend at a lakeside estate falls apart when celebrities come to visit. Switching effortlessly between the ridiculous and the profound, this masterpiece of the modern era examines the burning need to create art and the destructive power of love.

Fascism doesn’t kick down the door; it waits for an invite, then makes itself at home. During the longest night of the year, a charming guest arrives at the home of a polite intellectual family, who aren’t quite as happy as they seem. The inescapable presence of the past reverberates through this razor-sharp comedy about the seduction of extremism.

What is your name worth? In apartheid-era South Africa, the only way for Banzi to survive is to seize opportunities and fake his own death. From one of the world’s great playwrights Athol Fugard (‘Master Harold’ …and the Boys), comes a soaring and personal comedy of identity, memory, and the resilience of the human spirit.

Love can transform you. Puccini’s opera is turned upside down when a married French diplomat meets a mysterious Chinese opera singer. Based on a remarkable true love story of international espionage and personal betrayal, the result is a modern classic that blurs boundaries while redefining the nature of love and the devastating cost of deceit.

After two sold-out engagements, Soulpepper’s tribute to one of Canada’s most beloved artist returns. Cohen constantly reinvented himself throughout his long career, helping generations of fans understand the changing society around them. His extraordinary life, music, and poetry will be remembered and celebrated by a company of remarkable artists.

At the heart of every revolution there have been artists who can inspire, inform, and instigate. From Pete Seeger to Tracy Chapman, from gospel to punk, these are the anthems of protest and progress. Amanda Parris (CBC - Exhibitionists) and Mike Ross share the stories behind the songs that helped shape our world, and spotlight the voices we need to hear today.

88 keys, 230 strings, and 7,500 working parts make up every piano. For three hundred years, it has been the vehicle through which genius is conveyed, from Beethoven and Chopin to Fats Domino, Ray Charles, and Billy Joel. Last summer’s sold-out concert returns to celebrate the ‘King of the Instruments’.

You can lock ‘em up, but you can’t cage the music! Featuring legendary artists like Johnny Cash, Billie Holiday, and Elvis Presley and more - these are the stories of the guilty and the innocent, hitting rock bottom, the road to redemption, and everything that followed.

Tickets for Soulpepper Productions and Concerts start at $25. Tickets are available by calling the Young Centre Box Office at 416.866.8666 or by visiting soulpepper.ca. All ticket prices include a Young Centre facility fee, service charge and HST. Pricing is subject to change.

Support for Free 25 & Under is provided by Sun Life.

Soulpepper is grateful for the major sponsorship support of: