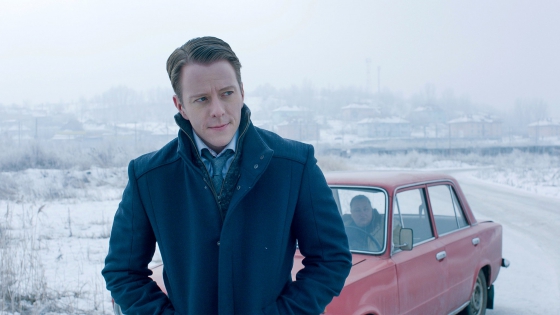 “We’re so proud of the level of talent at this year’s Fest,” said Bern Euler, Executive Director, Canadian Film Fest. “There is always a buzzing excitement in the theatre and the sold out screenings are a testament to the dedicated movie-goers who can’t wait to see the next best Canadian indie films on the big screen.”

See below for the complete list of winners for the 2019 Canadian Film Fest. For more information on the festival, visit canfilmfest.ca.

BEST ACTOR IN A FEATURE
Nose to Tail
Aaron Abrams

BEST SHORT – HONOURABLE MENTION
No. 3: In the Absence of Angels
Directed by Camille Hollett-French

THE 2019 CANADIAN FILM FEST – HAROLD GREENBERG FUND SCRIPT CONTEST
The Canadian Film Fest and the Harold Greenberg Fund are proud partners on this unique opportunity for screenwriters. Each year, the CFF Harold Greenberg Script Competition is open to Canadian screenwriters who've written a feature-length screenplay and who are looking for financial development support. This year’s winner and runner up are:

GRAND PRIZE WINNER
Harold Doesn’t Die by Stephen Sloot
In addition to winning $10,000 in development funding, a Harold Greenberg executive will be involved in the selection of the winning script, and will provide feedback on the script as well as guidance throughout one development round. The winner also receives a pass to the Toronto Screenwriting Conference taking place May 4-5, 2019. (valued at $419).

SECOND PLACE
Black White Blue by Murry Peeters
The runner up receives a pass to the Toronto Screenwriting Conference taking place May 4-5, 2019. (valued at $419).

ABOUT THE CANADIAN FILM FEST:
The Canadian Film Fest (CFF) is a non-profit organization that is dedicated to supporting Canadian independent films and cultivating emerging and established filmmaking talent. Film-loving audiences come to enjoy a diverse selection of 100% Canadian film screenings (features & shorts) and filmmakers flock to the CFF's various industry events to take advantage of essential networking opportunities. CFF's mission is to celebrate the art of cinematic storytelling by showcasing Canadian films and filmmakers.