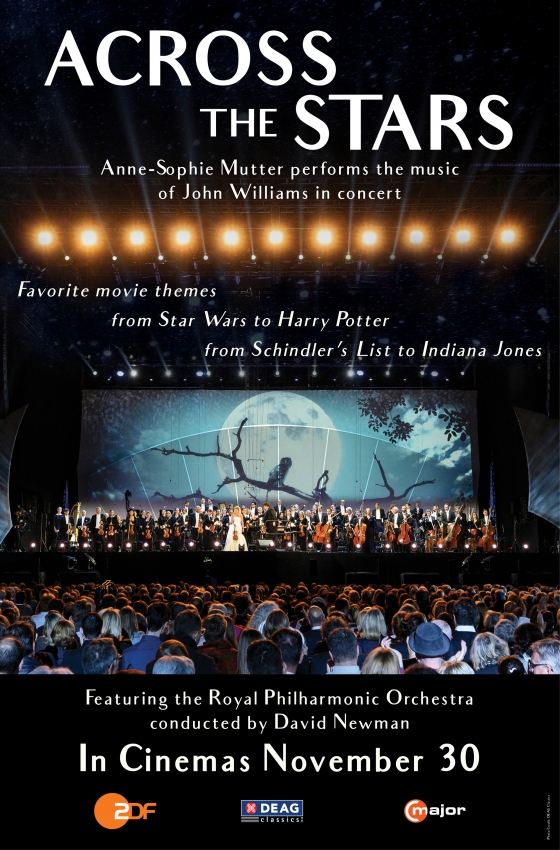 Anne-Sophie Mutter and John Williams have been close friends for many years, which imbues this project with a truly special meaning. Mutter explains, “Most of the works I perform with the Royal Philharmonic Orchestra in Munich have been especially arranged for me – the pieces are absolutely new in this form and are performed at this concert for the very first time!"

Across the Stars will be screening at select Cineplex theatres for a limited engagement beginning November 30. For participating locations, showtimes and tickets, visit Cineplex.com/Events. Sign up for Cineplex Events' monthly newsletter to receive previews to upcoming Events Cinema programming, exclusive interviews, contests and more.

About C Major Entertainment:
C Major Entertainment is an international operating distributing company for exclusive and quality music TV program, from Ballet, Opera, Concert and Documentary to Heavy Metal – in its highest quality: classical and pop music for TV, DVD and Blu-ray, Video on demand and Cinema. The complete catalogue comprises more than 3,500 program hours of music & art. Upcoming releases include “The Three Tenors 30 Year Anniversary,” slated for summer 2020.