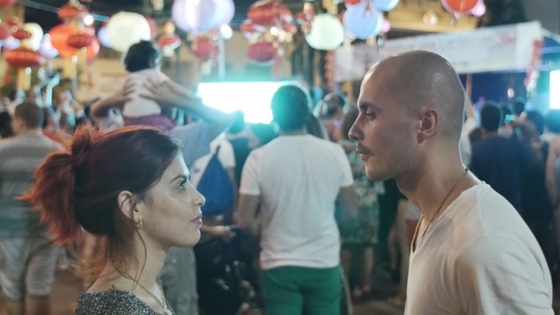 TORONTO, ON – January 15, 2020 – Montreal-born photographer-turned-filmmaker Daniel Leo’s award-winning directorial debut, Man Proposes, God Disposes, which received a special jury mention for Best Canadian Feature Film at the 2017 Calgary International Film Festival, will screen for a special one-night only event on Tuesday, January 28 at the Paradise on Bloor. The screening will be followed by a Q&A with Leo. Distributed by Game Theory Films, Man Proposes, God Disposes will be available on iTunes Canada on January 28. Starring Mateusz Nedza (Mantykora, Boys With Butterflies) and Bruna Massarelli (A Quarta Parede, Fotograma), Man Proposes, God Disposes is a trans-Atlantic tale of love, loss, and culture shock.

“Man Proposes, God Disposes is a visceral experience that will take viewers around the world and into their own hearts. We are thrilled to work with Daniel to bring this work - a true passion project - to Canadian audiences,” said William Woods, President, Game Theory Films.

Karol’s life in Poland is going nowhere fast. Without a job and living at home with his mother and sister, he engages in small organized crime during the day and goes clubbing all night. Then one day he receives a phone call from Brazil that changes his life - a one-night stand with a visiting Brazilian tourist named Bruna has resulted in a surprise pregnancy. As someone who grew up with an absent father, the choice for Karol is clear, and he quickly leaves Poland for São Paulo. Bruna, however, isn't necessarily pleased by Karol's sudden appearance. Dealing with an unexpected pregnancy while Brazil is on the edge of political chaos means she has no patience for her new couchsurfer's immaturity. But as Karol and Bruna slowly open up to each other, they realize how much they each need human connection. Neither one of them, however, can be prepared for what fate has in store.

A visually stunning film that captures the push and pull of self-determination and destiny, Man Proposes, God Disposes has screened at 14 international film festivals and received a special jury mention for Best Canadian Feature at the Calgary International Film Festival (2017) and won the Best Cinematography award at Italy’s Ischia Film Festival (2018). For more information and to purchase tickets, click here.