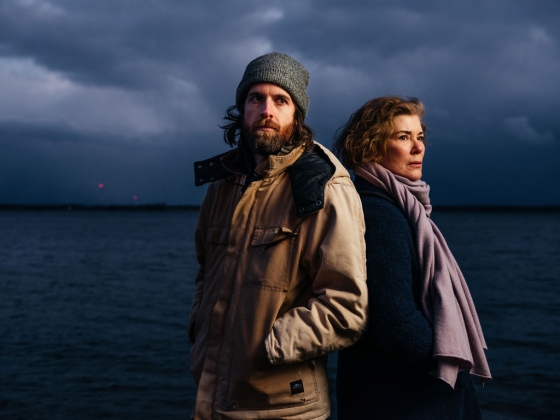 Shot On Location During a Picturesque Prince Edward County Winter
Available on iTunes Canada, Apple TV and Vimeo On Demand Beginning May 11

Noth examines loss, isolation and friendship in this story of parallel journeys colliding. Chris, an aspiring filmmaker who must cope with failing eyesight and the recent loss of his mother; and Joanna, a widow coming to terms with the rituals of daily life after losing her husband (Mochrie), set out on a road trip together after a nighttime car accident. As the pair drive, their drifting memories reveal parallel experiences, helping each of them shift the focus of their destination. Cinematographer and co-producer Tess Girard (As the Crow Flies) captures Prince Edward County’s serene yet brutal winter landscape beautifully, establishing it as a character in its own right.

“Over a decade ago I retreated from Toronto for a more rural lifestyle in Prince Edward County, and was welcomed in by a community of artists, environmentalists and farmers,” said Ryan Noth, Director, Drifting Snow. “My new found isolation and the time I spent exploring country roads and commuting back to the city on the highway became the inspiration for this film; using the idea of moving through the landscape as a trigger for unlocking memories.”