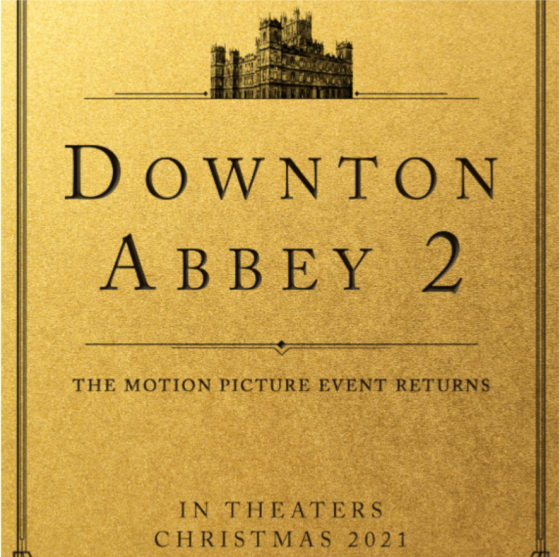 LONDON, UK, April 19, 2021 – Focus Features chairman Peter Kujawski announced today that Focus has set production with Gareth Neame’s Carnival Films on Downton Abbey 2. The original principal cast will all once again return for the second film which began production last week and is set to release Christmas 2021 on December 22, 2021. In addition to the original cast, Hugh Dancy, Laura Haddock, Nathalie Baye and Dominic West will join the cast. Downton creator Academy Award® winner Julian Fellowes will once again write the film’s screenplay, with Emmy and BAFTA Award-winning Gareth Neame and Emmy Award-winning Liz Trubridge back to produce with Fellowes. BAFTA and Emmy nominated director Simon Curtis (My Week with Marilyn) will join the filmmaking team to direct the sequel.

The initial film followed a Royal Visit to the Crawley family and Downton staff from the King and Queen of England and ended with a ball fitting for the Royal Family.

Gareth Neame, the film’s producer and executive chairman of Carnival Films said, “After a very challenging year with so many of us separated from family and friends, it is a huge comfort to think that better times are ahead and that next Christmas we will be re-united with the much beloved characters of Downton Abbey.”

Focus Features chairman Peter Kujawski said, “There’s no place like home for the holidays, and we can’t imagine a better gift than getting to reunite with Julian, Gareth, and the entire Downton family in 2021 to bring the Crawley’s back home for their fans.”

Carnival Films is a London-based television and feature film production company, and part of NBCUniversal International Studios, a division of Universal Studios Group. Led by executive chairman and producer Gareth Neame, the company is one of the UK’s leading drama producers, having produced hundreds of hours of compelling content viewed around the world.

Carnival Films produced all six seasons of the much honoured and beloved series Downton Abbey, which aired in over 250 territories worldwide and set a Guinness World Record for being the most critically well-received show in the world. The company produced the hit feature film of the same name which earned more than $193 million at the worldwide box office, making it the highest grossing film of all time for distributor Focus Features. Recent Carnival Films productions include The Last Kingdom for Netflix, Belgravia for ITV and EPIX and Jamestown and for Sky One.

Having received more than 200 international awards and honours including Primetime Emmys, Golden Globes and BAFTAs, Carnival has produced landmark series including Poirot, Hotel Babylon, Whitechapel and Dracula, as well as award-winning mini-series such as Traffik, Any Human Heart, The Lost Honour of Christopher Jefferies and The Hollow Crown anthology. Carnival Films has also been recognized as the UK’s best production company at both the Bulldog and Broadcast Awards.

Simon Curtis began his career at the Royal Court Theatre, London and directed at the Lincoln Center Theater New York and Steppenwolf Theater, Chicago. At the BBC his many credits include David Copperfield with Maggie Smith, Imelda Staunton, Ian Mckellen and Daniel Radcliffe, the BAFTA and Emmy winning Cranford with Judi Dench, Eileen Atkins and Michael Gambon. His films are My Week with Marilyn with Michelle Williams, Ken Branagh and Eddie Redmayne, Woman in Gold with Helen Mirren and Ryan Reynolds, Goodbye Christopher Robin with Domnhall Gleeson and Margot Robbie and The Art of Racing in the Rain with Milo Ventimiglia, Amanda Seyfried and Kevin Costner. He is repped by Independent Talent Agency, UTA, and Anonymous Content