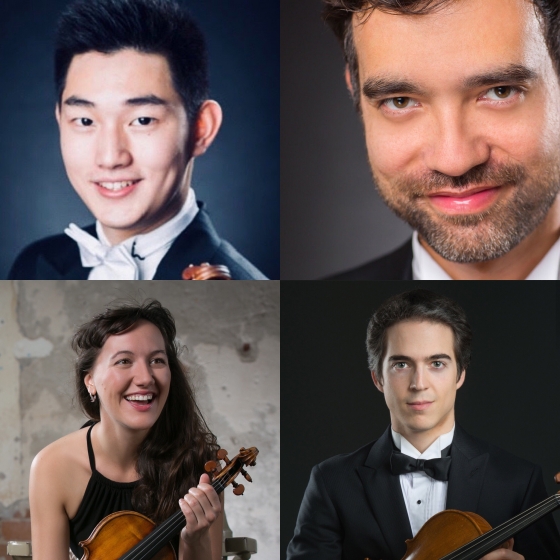 “We are proud to attract the top talent within our field as it underscores the prominence and reputation of the TSO internationally,” said Matthew Loden, CEO. “As we move toward our centennial, we are grateful to all the musicians who have helped to put the TSO on the map as a destination for superb music.”

“We are delighted that these wonderful musicians have chosen the TSO to be their home for the coming season," said Sir Andrew Davis, Interim Artistic Director. “They will further enhance the high quality of our glorious orchestra and I look forward to working with them."

“On behalf of the TSO musicians, we warmly welcome Zeyu, Victor, Rémi, and Yolanda to our family,” said Jonathan Crow, Concertmaster. “We look forward to sharing the stage with them throughout this season and are excited to bring our collective music to Toronto audiences.”

Zeyu Victor Li, Victor Fournelle-Blain, Rémi Pelletier, and Yolanda Bruno join the TSO in September, which kicks off with Dynamic Duo: Hannigan & Storgårds (Sep. 19 and 21), performed by John Storgårds and Barbara Hannigan—who returns to the TSO stage after her magnificent February performance that included selections from her GRAMMY® Award–winning album Crazy Girl Crazy. This performance demonstrates rare elements of musicianship and the ultimate in multi-tasking talents as Barbara Hannigan and John Storgårds alternate the role of conductor throughout the concert, leading each other as soprano and violin soloist, respectively. Prior to the Canadian Première of And once I played Ophelia, the TSO audience is invited to an intermission chat in the Roy Thomson Hall lobby to hear composer Brett Dean and librettist Matthew Jocelyn,alongside CEO Matthew Loden, share the inspiration for the work and the role Barbara Hannigan will perform. 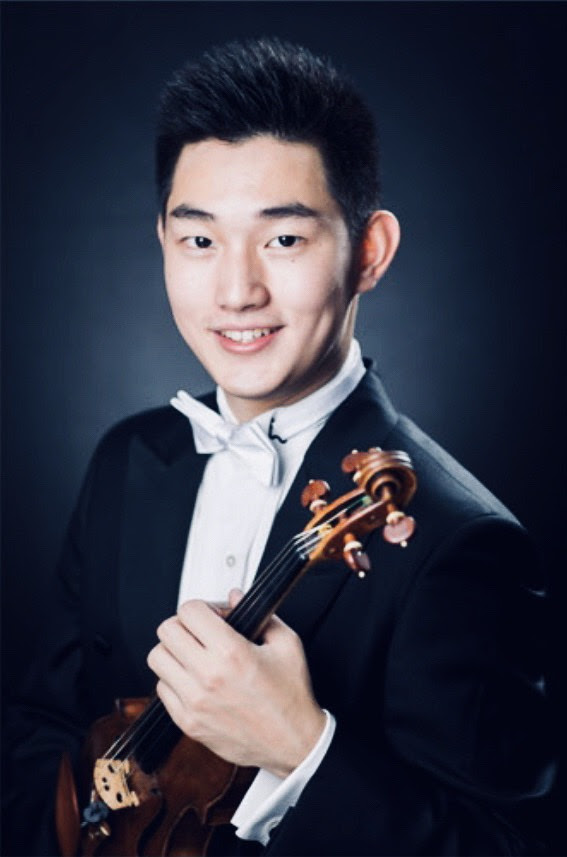 Victor Fournelle-Blain played with the Orchestre symphonique de Montréal from 2014 to 2019. He first trained as a violinist, studying at the Conservatoire de Montréal under Johanne Arel and Yale School of Music under Ani Kavafian, before completing his training at McGill University with an Artist Diploma in viola performance under André Roy. He has won several competitions and awards including the 2012 Prix d’Europe and McGill’s 2014 Golden Violin. Victor is a founding member of the Grand-Duc Trio and has collaborated with artists such as Vadim Repin, Jean-Philippe Collard, and Alexandre Tharaud. He also taught at McGill University and Université de Montréal, as well as Camp Musical des Laurentides in Quebec and Formandi Festival in Guadalajara, Mexico. 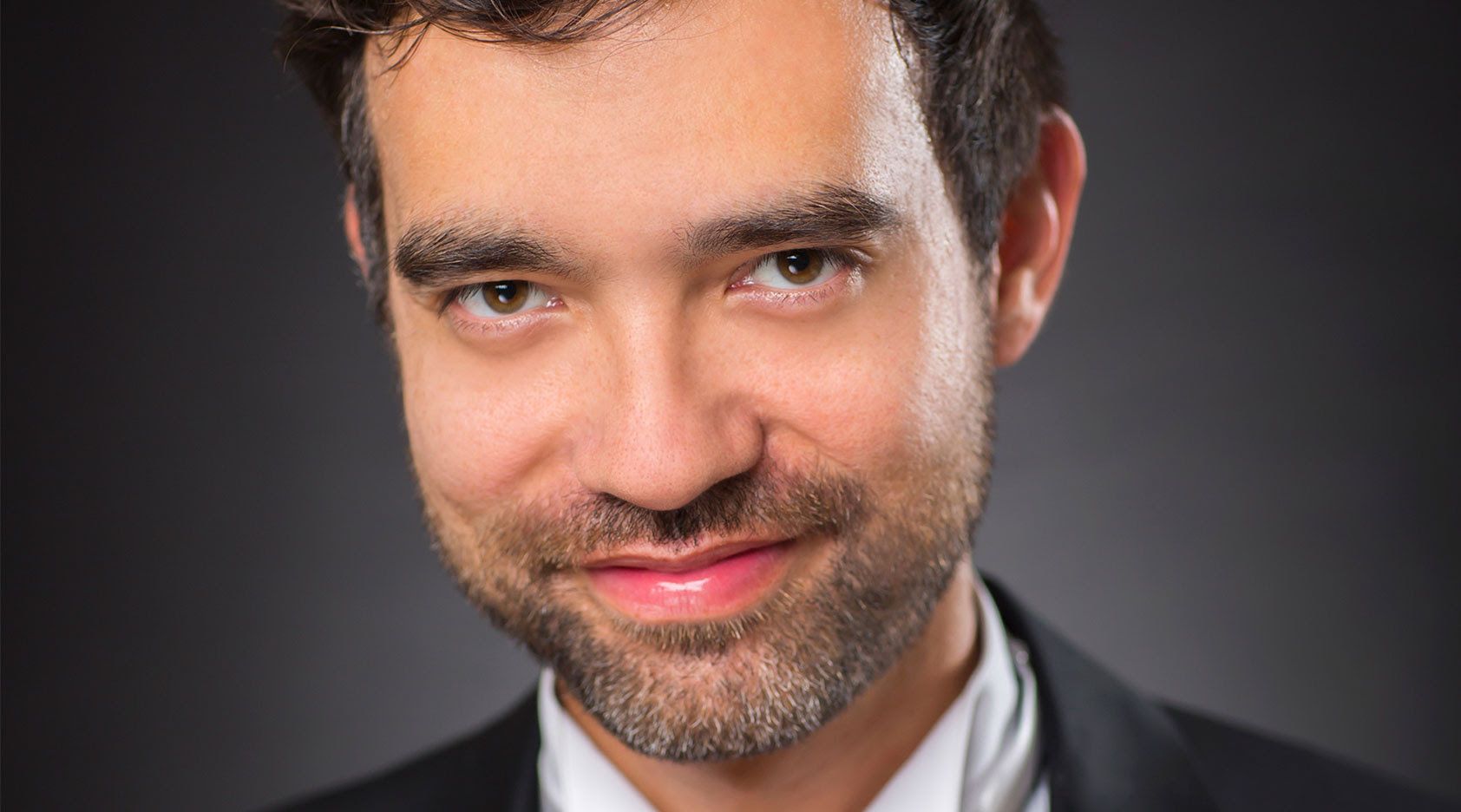 A native of Quebec, Rémi was a regular guest at the Société de musique de chambre de Quebec and performed with Rendez-vous musical de Laterrière and Musica Camerata, as well as with the Orchestre symphonique de Montréal’s chamber music series. Rémi studied with Michael Tree and Joseph De Pasquale at The Curtis Institute of Music, and with André Roy at McGill University, from which he graduated with the distinction of Outstanding Achievement in Viola Performance, and where he was principal viola of the McGill Symphony Orchestra. He joined the New York Philharmonic in July 2013 and previously served in the Orchestre symphonique de Montréal beginning in 2007. He was also guest principal viola of the International Orchestra of Italy in the summers of 2011 and 2012, principal viola of Japan’s Pacific Music Festival, and assistant principal of the New York String Orchestra Seminar. Rémi was a scholarship recipient at Encore School for Strings and the Orford Arts Centre, and awarded the CBC/McGill Music Award (2003) as well as First Prize at the Concours du Quebec and Canada’s National Music Festival Competition. Yolanda is the recipient of numerous awards and scholarships, most recently winning the 2017 Isabel Overton Bader Violin Competition and being named one of CBC’s 30 Hot Canadian Classical Musicians under 30. She was the Grand Prize winner at the OSM Standard Life Competition (2013), a three-time recipient of the Sylva Gelber Career Development Award, and the recipient of Canada Council’s Virginia Parker Award, a distinction shared with her fellow Canadian musicians Yannick Nézet-Séguin, James Ehnes, and Marc-André Hamelin. Raised in Ottawa, Yolanda completed studies with Jonathan Crow at McGill University and later with David Takeno at the Guildhall School of Music and Drama in London, UK. Yolanda has performed across North America and Europe including solos with the Orchestre symphonique de Montréal, L’Orchestre Métropolitain, the Youth Orchestra of the Americas, and the London Mozart Players. In 2018, Yolanda was appointed concertmaster of the Kingston Symphony Orchestra. She performs on a 1737 Domenico Montagnana Violin on generous loan from Groupe Canimex Inc. in Drummondville, Quebec.