The newly expanded Family Zone offers fun for all ages this March Break! 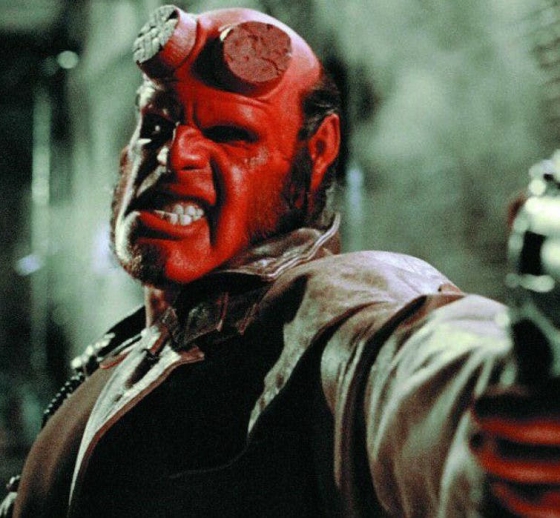 TORONTO, ON (February 14, 2019) – Toronto Comicon, presented by FAN EXPO CANADA™, is thrilled to welcome the original horned hero, Ron Perlman, to this year’s event. Beloved for his starring role of demonic beast-turned-superhero in Guillermo del Toro’s Hellboy films and as ‘Clay Morrow’, theSons of Anarchy club president fans loved to hate, Perlman will be making his Toronto Comicon debut at this year’s show. The annual pop-culture convention offers fans of all ages a chance to geek out over comics, sci-fi, horror, cosplay, anime and gaming, with over 400 exhibitors, a 10,000 sq. ft. Family Zone, comic artists, celebrity guest panels and more. The three-day event takes place at Metro Toronto Convention Centre from March 15-17, 2019. Tickets are on sale now at comicontoronto/tickets.

“The fandom is strong at this year’s Toronto Comicon and we’re excited to welcome Ron Perlman, a titan of fan favourite film and television,” said Andrew Moyes, Vice President, Fan Expo HQ. “Fans can also look forward to spending March Break in our Family Zone area, which has been expanded this year to include dynamic and immersive programming that the whole family can take part in.”

Special guests joining Perlman on the convention floor include Sons of Anarchy co-stars Tommy Flanagan and Ryan Hurst; the star behind two of the 90’s most beloved characters “Steve Urkel” and “Sonic the Hedgehog”, Jaleel White; the formidable John Rhys-Davies from the Lord of The Ringsfranchise; Fantastic Beasts star Dan Fogler; John de Lancie and Corbin Bernsen from Star Trek: The Next Generation in a rare joint appearance; Buffy the Vampire Slayer actor Emma Caulfield andOverwatch, voice actors Jen Cohn (Pharah) and Anjali Bhimani (Symmetra); among others!

Adventure and discovery awaits fans of all ages this March Break in the newly expanded Family Zone, now sprawling over 10,000 sq. ft. and featuring its own dedicated program stage. Over three days, families can experience diverse programming including visits from Star Wars costuming groups The Rebel Legion and The 501st Legion; Performances and Meet and Greets with Princesses; a Harry Potter Sorting Hat Ceremony; Quidditch Matches organized by Quidditch Canada; Computer Coding Workshops; Slime Making with Mad Science; and much more. Plus, music lovers can pay tribute to composer John Williams alongside Toronto violinist Brigit O’Regan, as she performs a collection of his iconic scores. Single Day Child and Youth Passes and All Access Family Passes, valid for two adults and up to four children, are available now at comicontoronto.com/tickets.

Cosplay is returning in a big way to Toronto Comicon 2019, with special guests including Violet Love, The Red Shirt Girl, Bec of Hearts, The Cosplay Sisters, and more. New this year, fans can play paparazzi to their favourite cosplayers on the Cosplay Red Carpet, or even walk the carpet themselves and have their picture snapped by a professional photographer. Cosplay meet ups will also be organized throughout the weekend for group photo opportunities. For full scheduling details please click here.

For a complete list of guests, info and tickets, visit: comicontoronto.com.