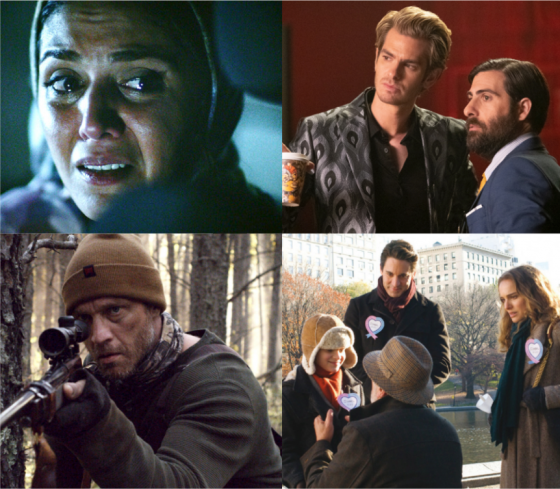 New titles on IFC Films Unlimited Include HUNTER HUNTER, THE NIGHT, THE JEFFREY DAHMER FILES, and THE OTHER WOMAN

Toronto, ON - April 19, 2021 - IFC Films MAINSTREAM, puts a satirical spin on influencer and social media culture. Following the success of her first feature film PALO ALTO, Gia Coppola’s MAINSTREAM stars Andrew Garfield (THE AMAZING SPIDERMAN, THE SOCIAL NETWORK), and Maya Hawke (STRANGER THINGS, ONCE UPON A TIME IN HOLLYWOOD), and is available on VOD May 14.

New titles coming to IFC Films Unlimited this May include the Canadian thriller HUNTER HUNTER starring Vancouver-born actor Devon Sawa, follows a family living in the remote wilderness earning a living as fur trappers; THE JEFFREY DAHMER FILES, a SXSW official selection centred around the 1991 arrest of Dahmer who was found guilty and sentenced to 957 years in prison; award-winning psychological thriller THE NIGHT, which became the first US-produced film to receive a license for theatrical release in Iran since the revolution; and THE OTHER WOMAN, a funny and heart-wrenching adaptation of Ayelet Waldman’s novel starring Natalie Portman.

THE NIGHT (2021) - May 12, 2021 (Thriller)
Director: Kourosh Ahari
Starring: Shahab Hosseini, Niousha Jafarian, Leah Oganyan
Synopsis: A couple becomes trapped in a hotel with their demons – real and imagined – until they can confront the secrets in their marriage in this mind-bending supernatural thriller.

THE JEFFREY DAHMER FILES (2013) - May 19, 2021 (Horror)
Director: Chris James Thompson
Cast: Andrew Swant, Pamela Bass, Jeffrey Jentzen
Synopsis: A documentary about the people around Jeffrey Dahmer during the 1991 summer of his arrest for the murder of 17 people in Milwaukee.

THE OTHER WOMAN (2011) - May 26, 2021 (Drama)
Director: Don Roos
Starring: Natalie Portman, Lisa Kudrow, Scott Cohen, Charlie Tahan
Synopsis: The story of a young woman who finds the key to recovering her marriage in her relationship with her precocious stepson.

Established in 2000 and based in New York City, IFC Films is a leading U.S. distributor of independent film. Its unique distribution model makes independent films available to a national audience by releasing them in theaters as well as on cable’s Video On Demand (VOD) and digital platforms.