Indigenous Screen Office announces new staff to enhance its goal of expanding the opportunity, reach and impact of Indigenous storytellers in Canada 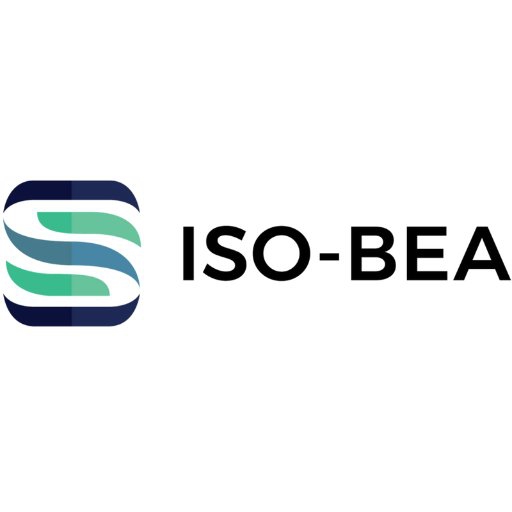 TORONTO, ON (March 26, 2019) ---- The Indigenous Screen Office is proud to announce dynamic new staff to support its strategy of supporting Indigenous storytellers in Canada.

The Indigenous Screen Office announced in the fall of 2017, led by Jesse Wente who was named Director in 2018, will support all levels of talent development, facilitate relationships with broadcasters, distributors, training institutions and federal funders to enhance Indigenous stories through Canadian screens which includes film, television, apps and video games.

“I am proud to announce that we hired knowledgeable and enthusiastic people with the experience that I believe will enhance our mandate and support the work that we will be doing. It’s a critical time in Canada where Indigenous knowledge and storytelling is more important than ever. It’s going to be long haul but we are well on our way to implementing our long-term strategy of supporting and advocating on behalf of Indigenous filmmakers, storytellers and producers,” said Jesse Wente Director of Canada’s Indigenous Screen Office. “I look forward to working with the stakeholders supporting the Indigenous Screen Office as well as my colleagues in the broader sector, to expand the reach and impact of Indigenous stories on screen and further the opportunities for Indigenous storytellers on all levels of production in Canada.”

Canada’s Indigenous Screen Office is an initiative first announced by the Honourable Mélanie Joly, Minister of Canadian Heritage, at the Banff World Media Festival in June 2017. As Director of Canada’s Indigenous Screen Office, Wente will develop an approach to meet the Office’s strategic objectives and manage its operations. This Office will then implement a long-term strategy supporting all levels of talent development, including short and feature script development; television and digital media and training. A key role of the office will be to facilitate relationships with broadcasters, distributors, training institutions and federal funders.

The creation of this Office was the primary outcome of a multi-stakeholder engagement process in 2016/2017, led by Marcia Nickerson, Indigenous Governance Consultant, the objective of which was to develop recommendations to better support the Indigenous screen-based sector in Canada. Resulting from this process, the participating organizations launched an initiative to create an Indigenous Screen Office tasked with supporting the development, production and marketing of Indigenous content, thus contributing to a vibrant Canadian Indigenous screen-based industry.

“Now more than ever, the need for Indigenous narrative sovereignty is evident and I’m excited to work with the community of Indigenous creators to help grow our industry and amplify their voices,” said Wente.

Kerry Swanson is the new Associate Director and has been leading initiatives in Indigenous arts for the last fifteen years at both the grassroots and institutional levels.  She has a Masters in Communication and Culture from Ryerson University. She is Chair of the Board for imagineNATIVE, where she was previously Executive Director, and is a co-founder of Indigenous Fashion Week Toronto at Harbourfront Centre. As Associate Director of Granting at Ontario Arts Council, Kerry led the creation of the Indigenous Culture Fund, a $5 million annual program. She launched six new funding programs at Toronto Arts Council including the TAC Cultural Leaders Lab at Banff Centre and Indigenous Arts Projects. Kerry was born and raised in Chapleau, northern Ontario, in a family of Cree/Ojibwe, Irish and French heritage. She is a member of Michipicoten First Nation, with familial ties to Chapleau Cree First Nation.

Jamie Monastyrski is the new Manager of Communications and Research and is a communications and media professional with more than 20 years’ experience in the political, media and arts sectors within Canada and the U.S. He is a citizen of Couchiching First Nation in Treaty #3. He has worked at the Assembly of First Nations, Chiefs of Ontario and Indspire and has also sat on various juries for the Ontario Arts Council and Canada Council for the Arts. Jamie has maintained numerous contacts, friends and colleagues and looks forward to working with ISO.

Meg MacKay is the new Coordinator and is a screenwriter, an award-winning stage performer, event producer and arts administrator of mixed Mi'kmaw/Scottish/French heritage.  As an arts administrator she has worked with the Indigenous Culture Fund out of the Ontario Arts Council as a Program Administrator, supporting community, culture, and way of life projects for First Nations, Inuit, and Metis peoples in Ontario. Previously she has worked in event production for Inside Out LGBT Film Festival, Toronto International Film Festival, and Native Women in the Arts.

Jesse Wente is a highly-respected broadcaster and cultural industries leader, having worked at major Canadian cultural organizations. A film expert, he has spent two decades working in the creative community and advocating for Indigenous rights. He has been Director of Film Programmes at the TIFF Bell Lightbox for the past seven years, and has contributed to CBC Radio as a critic, reporter, and producer since 1996. Jesse has served on numerous Boards, including the Toronto Arts Council and the imagineNATIVE Film and Media Arts Festival. He is Ojibwe and his family hails from Chicago and the Serpent River First Nation.