Loss, Mystery and Madness at the Heart of Critically Acclaimed Icelandic Film A White, White Day 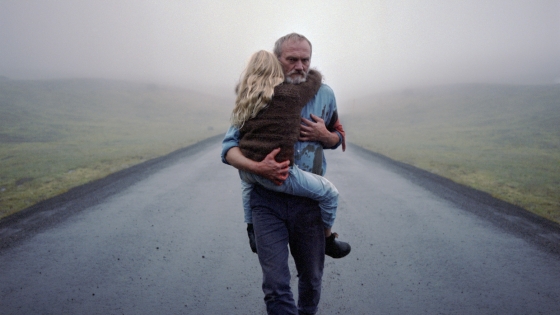 Toronto, ON - May 13, 2020 - A masterful second feature from Icelandic director Hlynur Pálmason (Winter Brothers, 2017), A White, White Day takes audiences on a compelling journey through grief, revenge and unconditional love, set amid a hauntingly beautiful Nordic landscape. A White, White Day is distributed by Game Theory Films in Canada and will be released by select virtual theatres on Friday, May 29, before becoming widely available on iTunes Canada on Tuesday, June 16.

In a remote Icelandic town, off duty police chief Ingimundur (Ingvar Sigurðsson) begins to suspect a local man (Hilmir Snær Guðnason) of having had an affair with his recently deceased wife. As his obsession for finding the truth grows, he begins to endanger himself and his loved ones, including his granddaughter (Ída Mekkín Hlynsdóttir).

“We’re thrilled to bring this incredibly beautiful and poignant film to audiences across the country and also support some of Canada’s most beloved independent theatres during this uncertain time,” said William Woods, President, Game Theory Films. “As we continue to reassess and evolve how we distribute films, we are encouraged and excited by data that shows us that people are not only watching more movies than ever, but also exploring new avenues to access those movies.”

A White, White Day will be available for virtual cinema screenings at the following theatres:

Director Hlynur Pálmason will be available for select interviews.