MADE in Canada: A Celebration of Canadian Creators, Storytellers and Artists 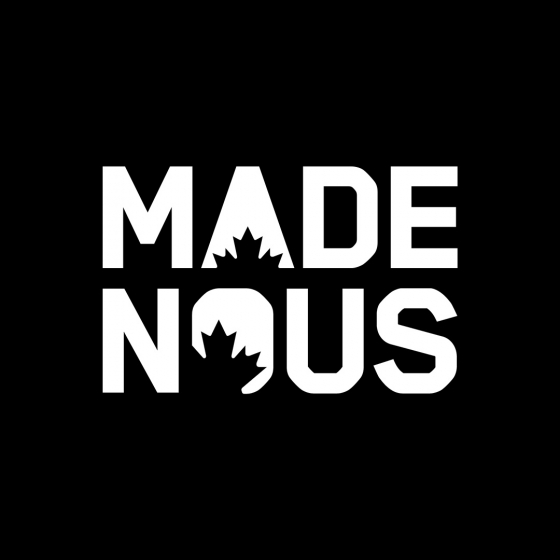 Pickford, Candy, Cronenberg, Egoyan, the Sutherlands, Alanis Obomsawin, Deepa Mehta, James Cameron, Ellen Page, Sarah Polley, Denys Arcand, Rachel McAdams, Geneviève Bujold, Pierre Perrault. We have always been a country of creators, storytellers, and artists. Film, television, video games and virtual reality; we do it all. There is a distinct pride we feel when we see our fellow Canadians’ names in the spotlight.

We felt it when Denys Arcand won the Oscar for Best Foreign Language Film for The Barbarian Invasions, when Xavier Dolan's Mommy or Zacharias Kunuk's Atanarjuat wowed the world at the Cannes International Film Festival, when Sandra Oh made history as the first person of Asian decedent to host the Golden Globes; when Saskatchewan’s own Tatiana Maslany received her first Emmy Award.

We felt it because we have not one but two Ryans on the Hollywood A-list.

Rallying behind these achievements is the Canadian movie-going, binge-watching, button-smashing audience. But little do we know that there is so much more to celebrate. We are making some of the finest content in the world – it’s time we take credit for it. Starting now.

MADE | NOUS is a movement that celebrates the creative talent from our country, both at home and abroad. It’s a call to Canadians to recognize the impact of our actors, writers, directors, game developers, special effects artists, and so many others who make up our vibrant arts, culture, and entertainment industry.

Canadian-made content is no longer limited to stereotypes about hockey or heritage moments. Our content stands shoulder to shoulder with the world.

Let’s take pride in Cardinal, Bad Blood, Private Eyes and Schitt’s Creek for becoming mainstream hits; Christopher Plummer and his lifetime of achievements; and Finn Wolfhard and Jacob Tremblay for giving us all hope and optimism for the next generation of Canadian talent.

Let’s recognize contributions to global hits by Canadians including Jean-Marc Vallée (Big Little Lies, Sharp Objects), Denis Villeneuve (Arrival, Blade Runner 2049) for being at the helm of some the most talked about films and TV series; cinematographer Chayse Irvin for creating the old-school-cool polaroid tone, palette, and feel of BlacKkKlansman; and our Oscar-nominations for sound mixing in Bohemian Rhapsody and set decoration in Mary Poppins Returns.

Let’s put the spotlight on those behind the scenes such as Canadian visual effects compositors and artists for giving lightsabers their luminous glow in Star Wars: The Force Awakens and meticulously designing the dreadful implications of damage and rust on giant fighting robots inPacific Rim; the numerous production, VFX and sound studios we have, and the ones that we’re poised to build in the coming years; our gorgeous cities and landscapes, whether they are playing themselves on the big screen or standing in for another city like Baltimore in the 2018 Best Picture Oscar winner The Shape of Water.

Let’s take credit for every victory in a FIFA 19, Assassin's Creed Odyssey, We Happy Few orMass Effect, some the most popular video games in the world.

This sense of pride is Canadian-made. This content is Canadian-made. That’s us. That’s Canada.Our cultural identity is that of brilliant storytellers, innovative creators, and leaders in technology. We don’t need to chase a feeling of “we made it.” Our creators and storytellers are already there. They’ve “made it.” Within our borders and abroad, our creators are doing the most incredible work on screen, behind the scenes, and everywhere in between. It’s time we celebrate their work.

Celebrate everything that Canada has to contribute to arts and culture in the world as we unveil MADE | NOUS on February 24.

MADE | NOUS is an initiative led by the Canada Media Fund.
The initiative will launch on February 24 during the ETALK LIVE AT THE OSCARS on CTV which airs starting at 5:30 p.m. ET / 2:30 p.m. PT.