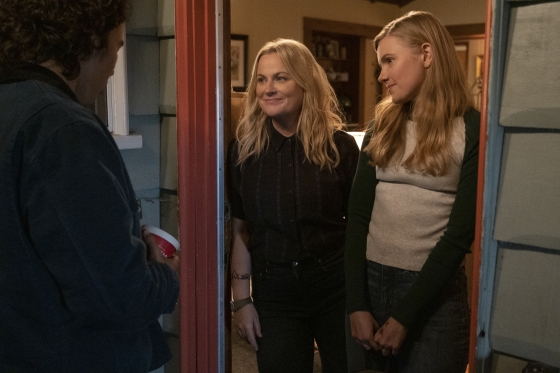 Based On | The novel Moxie by Jennifer Mathieu

Vivian (Hadley Robinson), a seemingly shy 16-year-old, has always preferred to keep her head down and fly under the radar. But when the arrival of a new student (Alycia Pascual-Peña) forces her to examine the unchecked behavior of her fellow students running rampant at her high school, Vivian realizes she’s fed up. Inspired by her mother’s (Amy Poehler) rebellious past, Vivian anonymously publishes an underground zine called Moxie to expose bias and wrongdoing in her high school, and unexpectedly sparks a movement. Now at the center of a revolution, Vivian begins to forge new friendships with other young women and allies, reaching across the divide of cliques and clubs as they learn to navigate the highs and lows of high school together. Directed by Amy Poehler and based on the novel by Jennifer Mathieu, MOXIE also stars Lauren Tsai, Patrick Schwarzenegger, Nico Hiraga, Sydney Park, Josephine Langford, Clark Gregg, Josie Totah, Anjelika Washington, Charlie Hall, and Sabrina Haskett, with Ike Barinholtz and Marcia Gay Harden.