Netflix announce holiday series and film release dates for Holiday in the Wild, Let it Snow, A Knight Before Christmas, Holiday Rush, A Christmas Prince: The Royal Baby, Merry Happy Whatever, Sugar Rush, and Nailed It as well as an exclusive clip for Klaus! 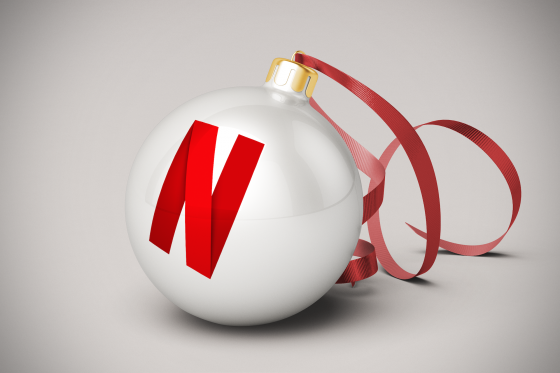 Holiday in the Wild - Netflix Film 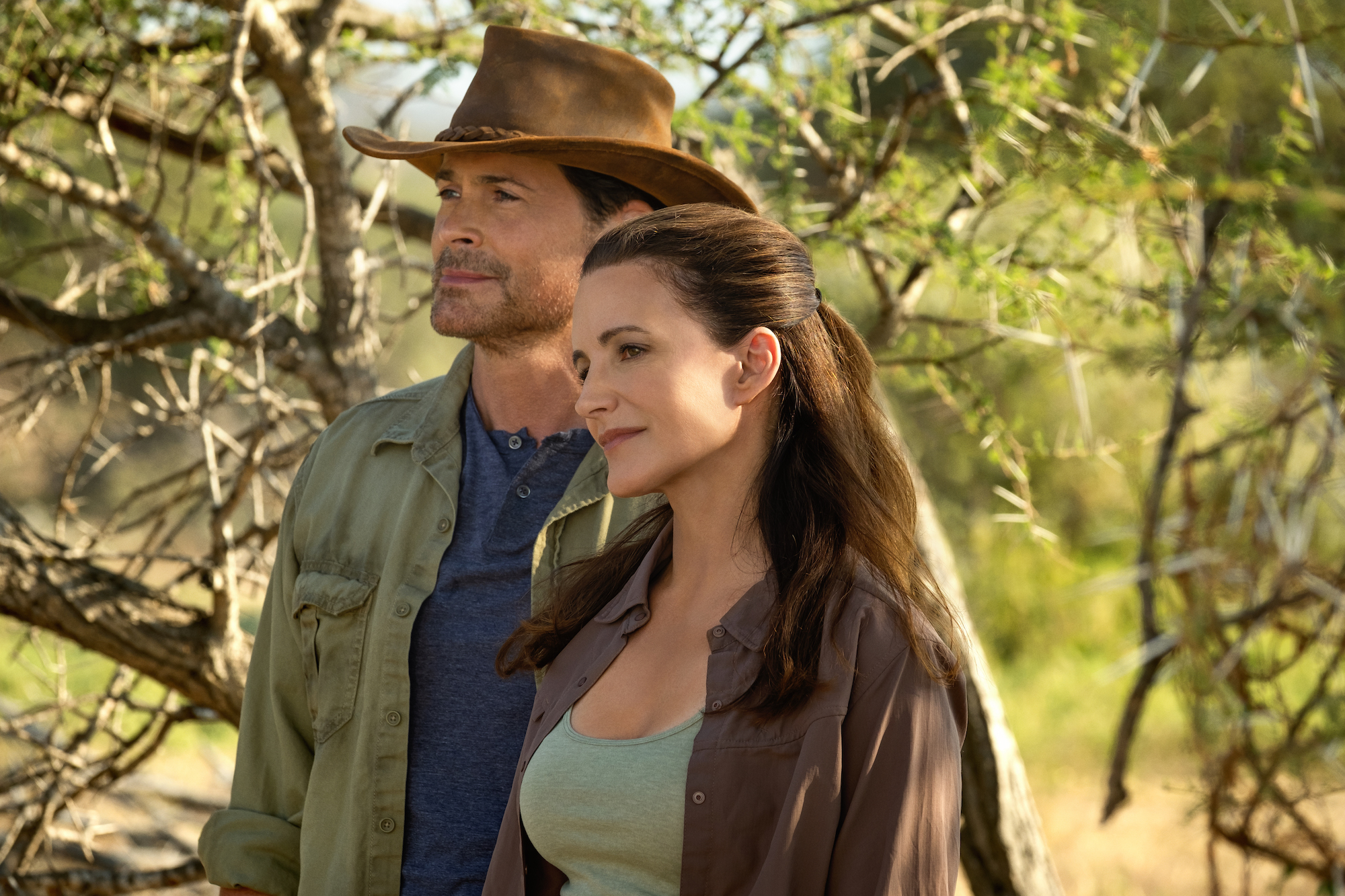 To keep her spirits high when their son leaves for college, Manhattanite Kate Conrad (Kristin Davis) has booked a ‘second honeymoon’ with her husband. Instead of thanking her, he brings their relationship to a sudden end; jilted Kate proceeds to Africa for a solo safari. During a detour through Zambia, she helps her pilot, Derek Holliston (Rob Lowe), rescue an orphaned baby elephant. They nurse him back to health at a local elephant sanctuary, and Kate extends her stay through Christmastime. Far from the modern luxuries of home, Kate thrives amidst majestic animals and scenery. Her love for the new surroundings just might extend to the man who shared her journey.

Let It Snow - Netflix Film
When a snowstorm hits a small midwestern town on Christmas Eve, a group of high school seniors find their friendships and love lives colliding thanks to a stranded pop star, a stolen keg, a squad of competitive dancers, a mysterious woman covered in tin foil, and an epic party at the local Waffle Town. Come Christmas morning, nothing will be the same. Based on the best-selling book by John Green, Maureen Johnson, and Lauren Myracle, LET IT SNOW stars Isabela Merced, Shameik Moore, Odeya Rush, Liv Hewson, Mitchell Hope, Kiernan Shipka, Jacob Batalon, and Joan Cusack. 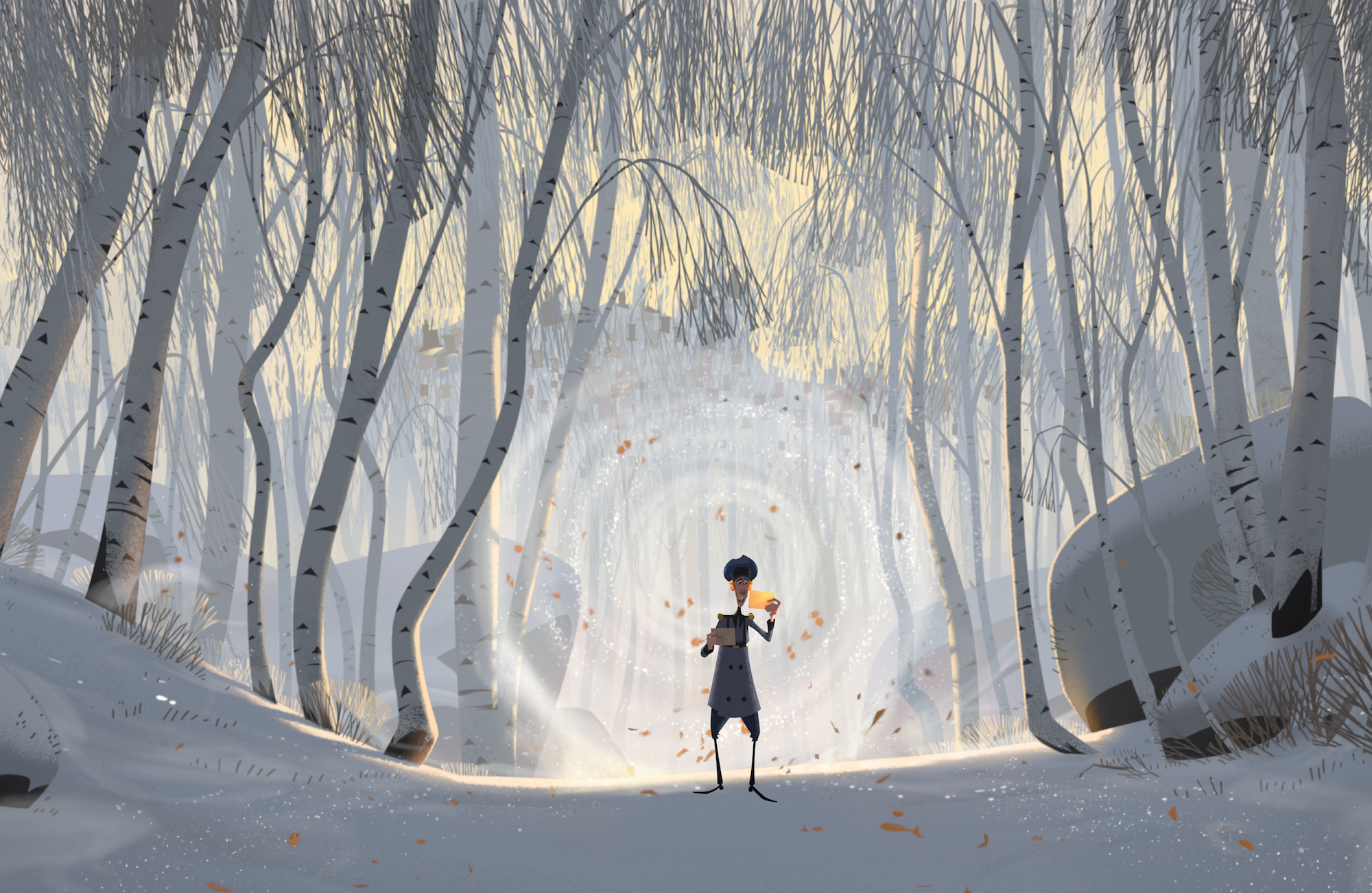 When Jesper (Jason Schwartzman) distinguishes himself as the postal academy’s worst student, he is stationed on a frozen island above the Arctic Circle, where the feuding locals hardly exchange words let alone letters. Jesper is about to give up when he finds an ally in local teacher Alva (Rashida Jones), and discovers Klaus (Oscar® winner J.K. Simmons), a mysterious carpenter who lives alone in a cabin full of handmade toys. These unlikely friendships return laughter to Smeerensburg, forging a new legacy of generous neighbors, magical lore and stockings hung by the chimney with care. An animated holiday comedy directed by Despicable Me co-creator Sergio Pablos, KLAUS co-stars Joan Cusack, Will Sasso and Norm Macdonald.

The Knight Before Christmas - Netflix Film 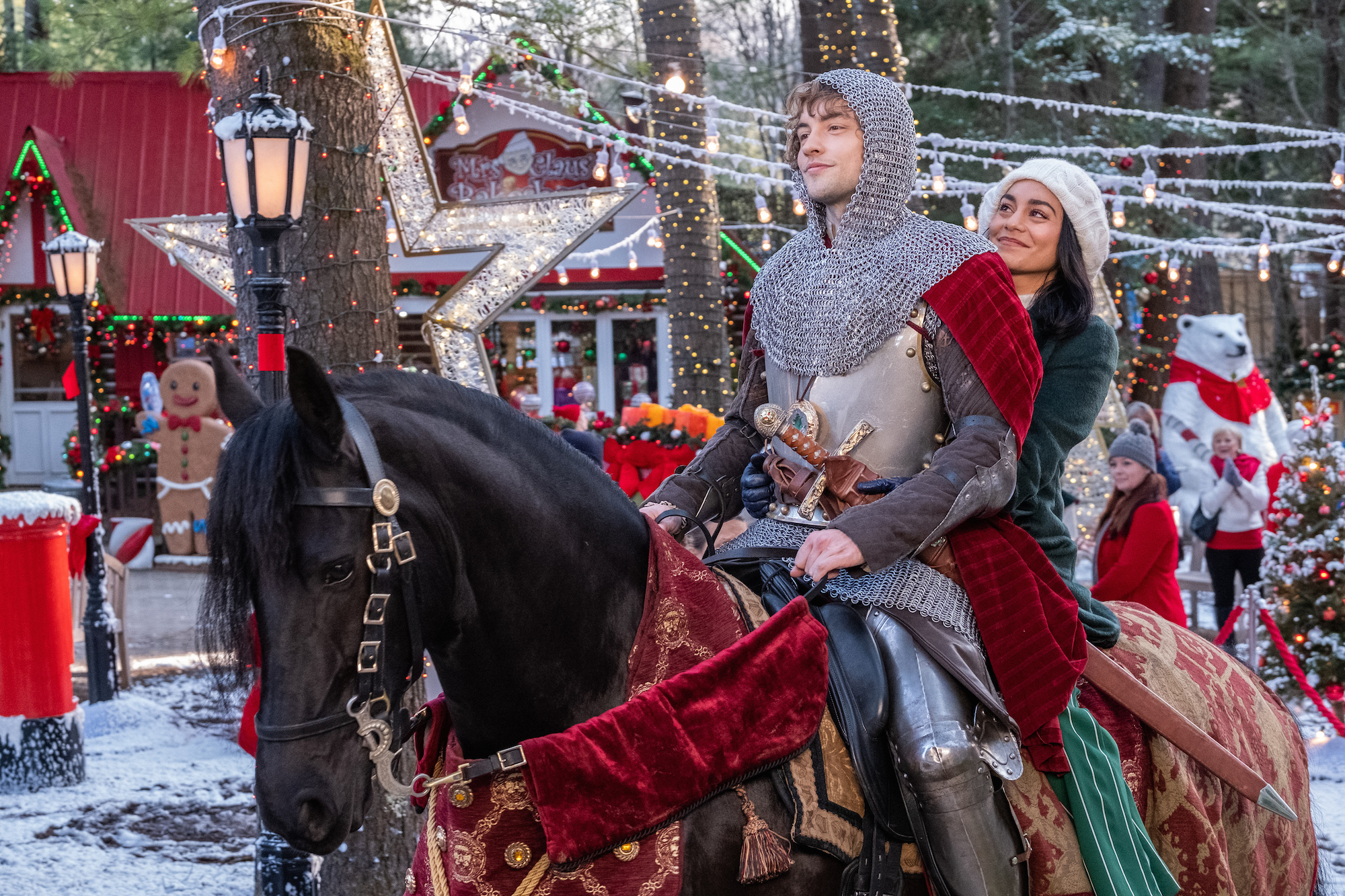 After a magical sorceress transports medieval knight Sir Cole (Josh Whitehouse) to present-day Ohio during the holiday season, he befriends Brooke (Vanessa Hudgens), a clever and kind science teacher who's been disillusioned by love. Brooke helps Sir Cole navigate the modern world and helps him discover how to fulfill his mysterious one true quest — the only act that will return him home. But as he and Brooke grow closer, Sir Cole begins to wonder just how much he wants to return to his old life. Directed by Monika Mitchell (THE CHRISTMAS CONTRACT, ROYAL NEW YEAR’S EVE) and also starring Emmanuelle Chriqui, Isabelle Franca, Ella Kenion, and Jean-Michel Le Gal, THE KNIGHT BEFORE CHRISTMAS is a cozy holiday romance about learning to let yourself believe in magic again. 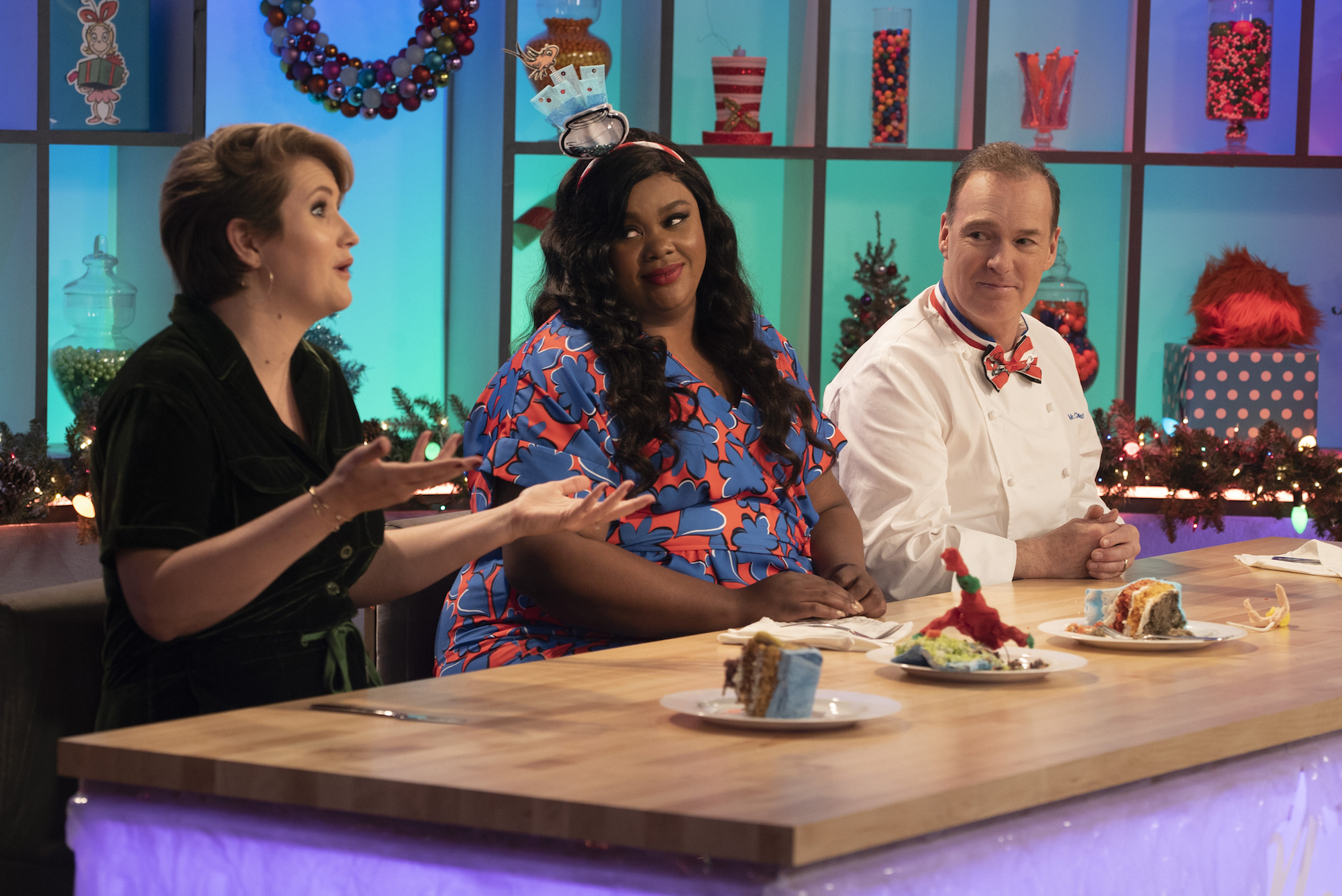 Grab your loved ones because Nailed It! Holiday is back! The messes are-a-plenty as St. Nicole and Jacques Frost deliver the best of the worst baking fails this season. Whether wrecking the halls or destroying the dreidel, jaws will drop as the bakers attempt all new challenges inspired by the holidays.  From Santa to Scrooge and angels to elves, these bakers find new ways to destroy the kitchen and ruin more taste buds in Nailed It! Holiday -  even The Grinch makes an appearance to help ring in the New Year! Guest judges include: Maya Rudolph, Jillian Bell, David Burkta, Bridget Everett, Jason Mantzoukas and Ron Ben Israel.

Super Monsters Save Christmas - Netflix Family
It's Christmas Eve in Pitchfork Pines, and the Super Monsters are joining forces to deck the halls, find Santa's missing reindeer and save the holiday!

True: Winter Wishes - Netflix Family
Everyone in the Rainbow Kingdom is gathered to celebrate Winter Wishfest, but when Forever Frost escapes the Ice Kingdom, the day might be ruined. Can True set everything right? 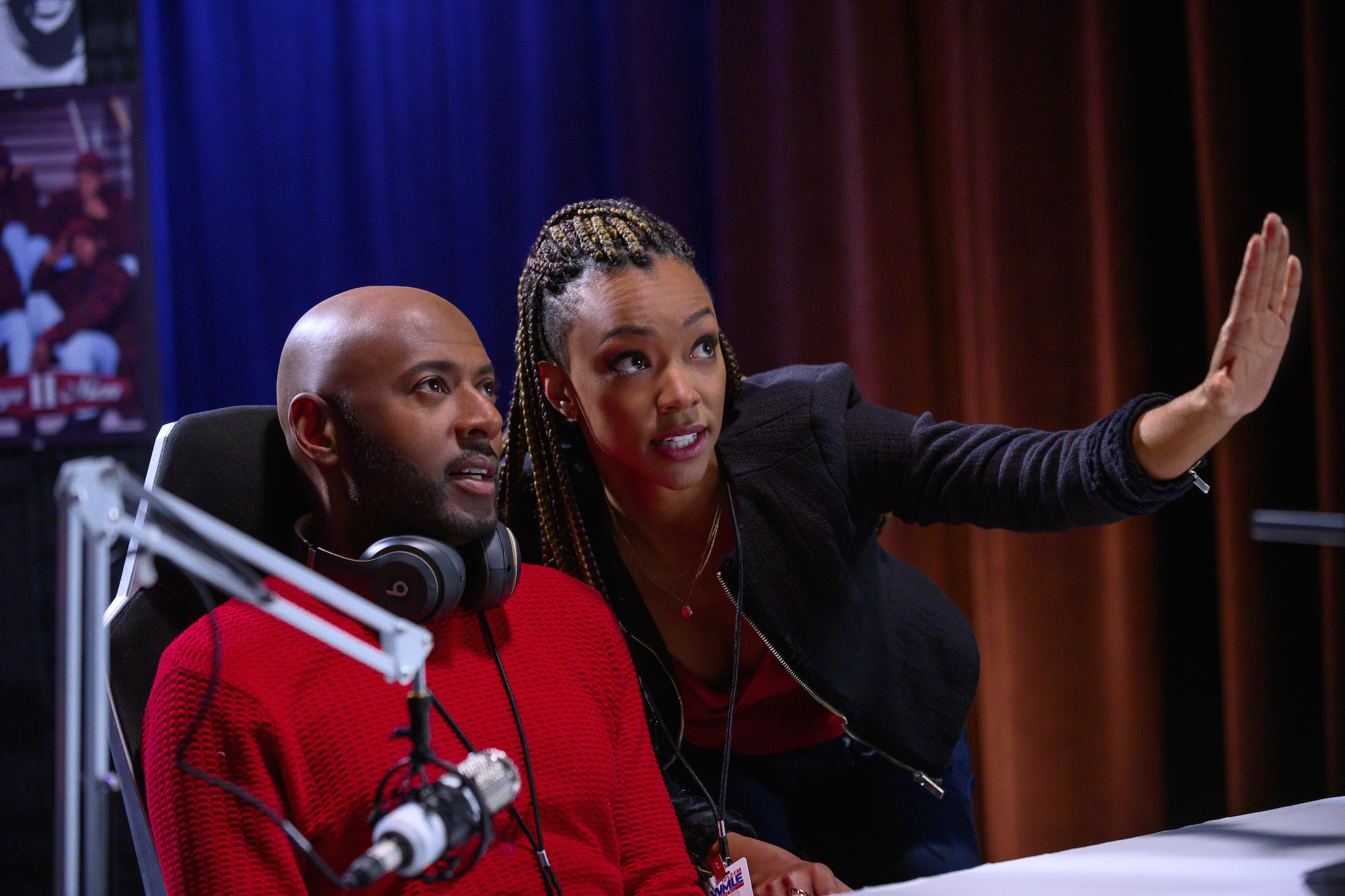 Popular New York radio DJ Rush Williams (Romany Malco) has been spoiling his four children since they lost their mom. Unfortunately, the kids share their pricey Christmas lists right when he loses his job. To keep Rush on the air, his producer Roxy Richardson (Sonequa Martin-Green) and his Aunt Jo (Darlene Love) plan to help him buy another station — if the Williams family can downsize fast and embrace a simpler life. In this heartwarming film, a loving father reconnects with his children and opens his heart to love when they all learn that true joy comes from not what you have but who you have around you. 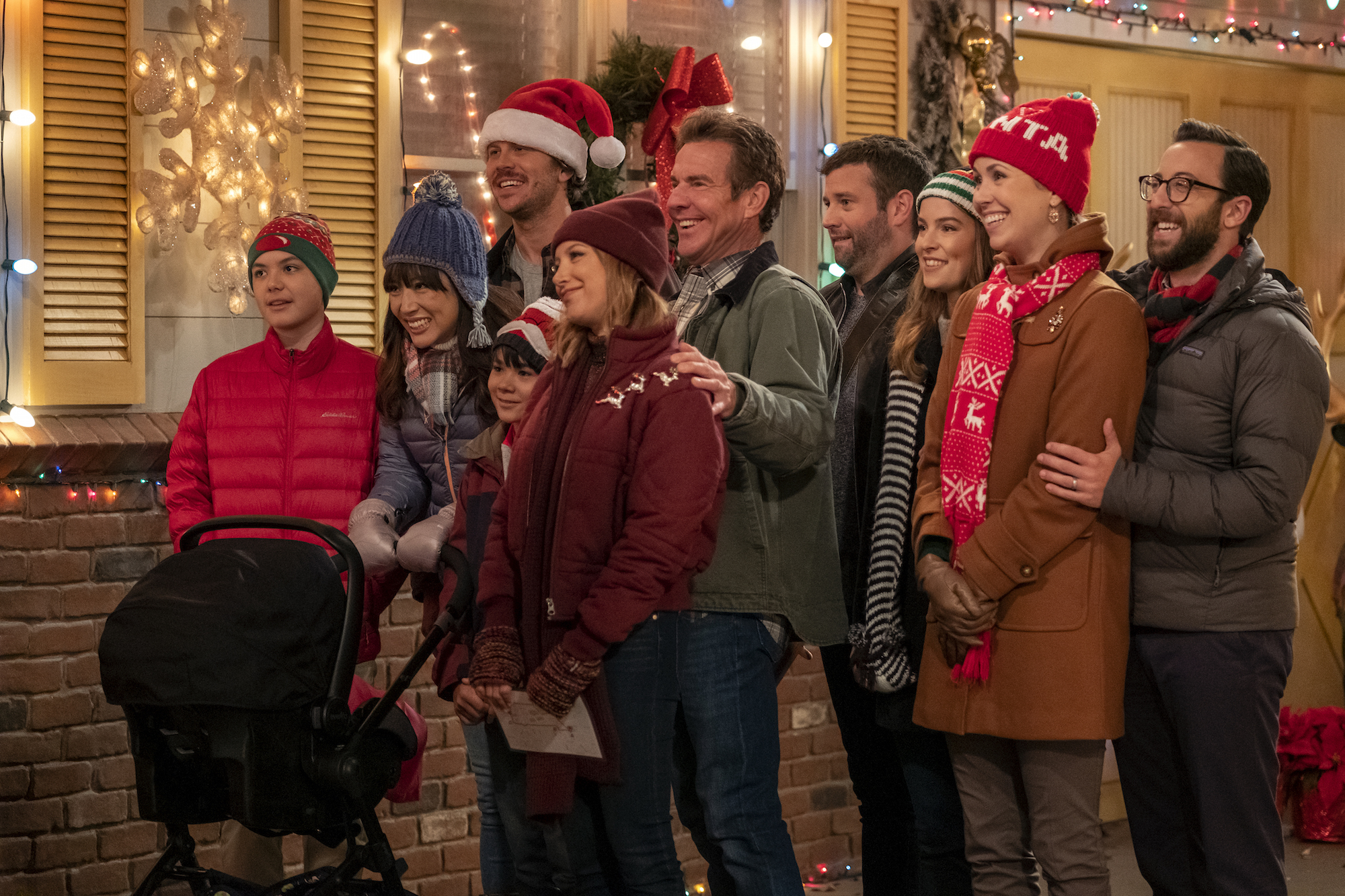 Set during the happy but hectic days before and after Christmas, Merry Happy Whatever follows Don Quinn (Dennis Quaid), a strong-willed patriarch from Philadelphia doing his best to balance the stress of the holidays with the demands of his close-knit but eclectic family -- and his family doing their best to manage him. But when youngest daughter Emmy (Bridgit Mendler) arrives home from L.A. with a new boyfriend, struggling musician Matt (Brent Morin), Don’s belief that “there’s the Quinn way… and the wrong way" is put to the test. From Emmy Award-winning creator Tucker Cawley (Everybody Loves Raymond), Merry Happy Whatever is a hilarious and heartwarming comedy that proves while family may not come wrapped up in a neat little bow, it sometimes can still be the greatest gift. 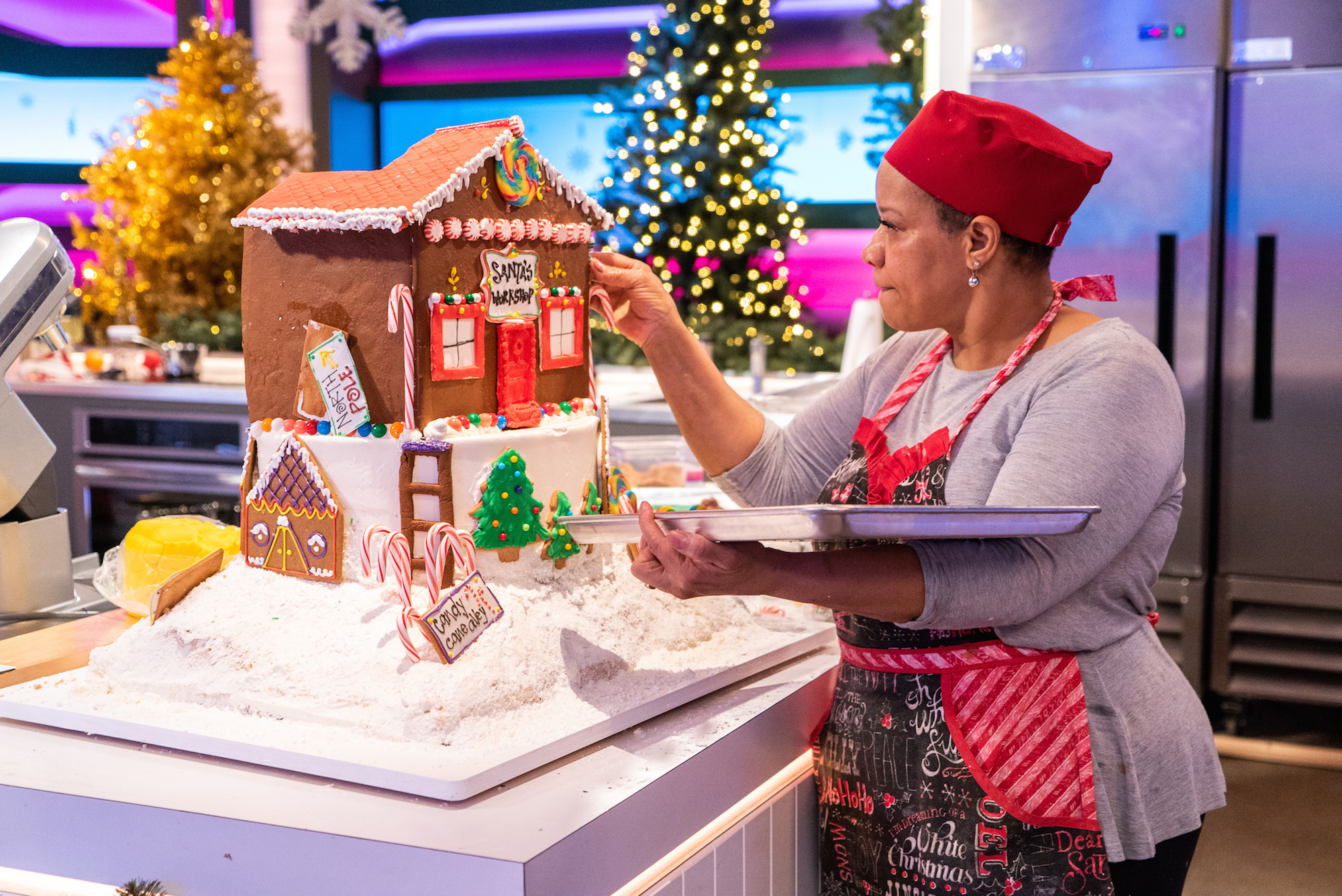 Team Kaylie: Part 2 (Holiday Episode) - Netflix Family
To try to help Amber get through her first Christmas since her mom passed away, Kaylie decides to try and buy Amber the dollhouse she always wanted. Without any money, Kaylie has no choice but to take a job with Chewy and Jackie working as an elf for the local mall Santa. But when Santa is a no-show, Kaylie puts on the beard and takes on the work. It’s a disaster, and Kaylie isn’t able to raise enough money to buy Amber the dollhouse— but finds a way to make her something special with a more creative touch. 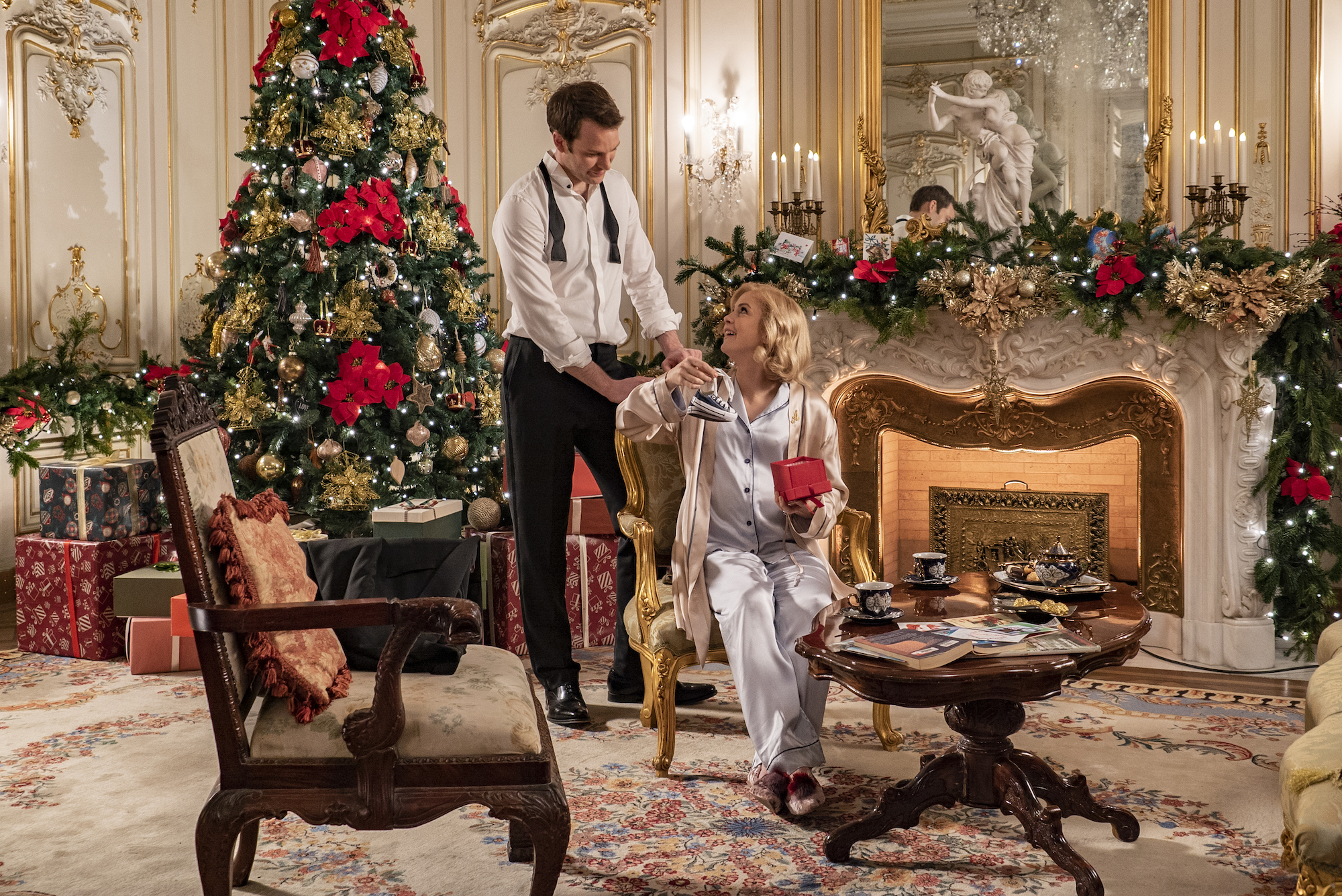 It's Christmastime in Aldovia, and a royal baby is on the way! Queen Amber (Rose McIver) and King Richard (Ben Lamb) are getting ready to take some time off to prepare for their first child's arrival, but first they have to host King Tai (Kevin Shen) and Queen Ming (Momo Yeung) of Penglia to renew a 600-year-old sacred truce. But when the priceless treaty goes missing, peace is jeopardized and an ancient curse looms. Amber will have to figure out who the thief is before the clock strikes midnight on Christmas Eve, for the safety of her family and the kingdom. Director John Schultz (A CHRISTMAS PRINCE: THE ROYAL WEDDING) and screenwriter Nathan Atkins (A CHRISTMAS PRINCE, A CHRISTMAS PRINCE: THE ROYAL WEDDING) return for the third installment in the CHRISTMAS PRINCE series.

Spirit Riding Free: The Spirit of Christmas - Netflix Family
Lucky and her friends embark on a Christmas Eve adventure into the city to find the perfect gift, but their return to Miradero for the holiday festivities are ruined when as avalanche derails their plans.

A Family Reunion Christmas - Netflix Family
It's the most wonderful time of the year, but as we know, for it to be a 'Wonderful Life' the McKellans must face the ghosts of Christmas past. The McKellans are back to spread Christmas joy in this holiday special about the importance of family, forgiveness, and empathy.

Lost in Space: Season 2 - Netflix Original
There’s more danger — and adventure — ahead for the Robinson family! With the Jupiter 2 stranded on a mysterious ocean planet without their beloved Robot, the Robinsons must work together, alongside the mischievous and manipulative Dr. Smith and the always charming Don West, to make it back to the Resolute and reunite with the other colonists. But they quickly find all is not as it seems. A series of incredible new threats and unexpected discoveries emerge as they look for the key to finding Robot and safe passage to Alpha Centauri. They will stop at nothing to keep their family safe... survival is a Robinson specialty after all. Picking up on Christmas day - 7 months ahead of when we last saw The Robinson Family - Season 2 launches December 24th globally on Netflix.

Alexa & Katie: Season 3 (Holiday Episode) - Netflix Family
It's Christmas break and Alexa has been getting quite a bit of attention from her ex boyfriend who's going to be home from college. The person she's not getting attention from is Spencer who has started to pull away. When she realizes it's because he's started to lose his hair from chemo, Dylan is the last thing on her mind and she jumps at the chance to help Spencer through this milestone. Meanwhile, Katie runs a canned food drive at Wired. But, as her job and charity work gets busier and busier while her friends are having holiday fun, she has trouble keeping the BAHS out of her HUMBUG.