New Documentary Puts the Growing World of Biohacking Under the Microscope 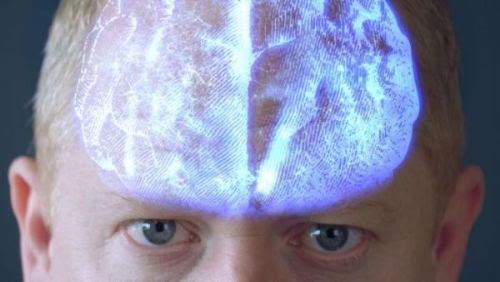 TORONTO, ON – April 10, 2019 – Fathom Film Group’s new feature documentary, Smart Drugs will premiere on documentary Channel this May. From acclaimed director Ann Shin, Smart Drugsfollows futurist and keynote speaker, Nik Badminton as he learns about the growing world of cognitive enhancement supplements in an attempt to ‘hack’ his way to a better life. Smart Drugswill air on Sunday, May 12 at 9 p.m. ET/PT.

Across the globe, university students, lawyers, doctors and entrepreneurs are taking drugs and supplements to sharpen their focus and help them work longer in an increasingly competitive society. In Smart Drugs, Nik journeys down the rabbit-hole of nootropics and biohacking to evaluate whether or not this highly controversial social movement actually holds water. Throughout the course of the film, Nik becomes a self-appointed guinea pig and fully immerses himself in the world of brain and body optimization, taking cues from entrepreneurs, doctors and fellow biohackers along the way. Using his non-stop schedule with back-to-back speaking engagements and media appearances in Toronto, Vancouver and San Francisco as a gauge for success, Nik tests their promises of a smarter and more productive life for himself as he pushes his mind and body to the limits.

“It’s no surprise that biohacking and smart drugs have become such a huge trend. As computer technology increasingly informs our work and home lives, we feel pressure to keep up with technology,” said director Ann Shin. “I hope that Nik’s journey will provoke audiences and encourage people to question how far we will go to improve ourselves.”

Ann Shin is a multiple award-winning director and producer whose films and series have aired onCBC, TVO, HBO, ABC, documentary Channel, PBS, Discovery Channel, HGTV, History Channeland Slice. Her film, My Enemy, My Brother won the Grand Jury Prize at SDAIFF, with the short version shortlisted for a 2016 Academy Award and nominated for an Emmy. Her cross-platform project The Defector film and interactive won Best Documentary and Best Documentary Director at the Canadian Screen Awards, the FITC Award, the Canadian Digi Award and at the SXSW Interactive Festival.