Spend the Weekend with a Wookie! Toronto Comicon Announces 2018 Line-up 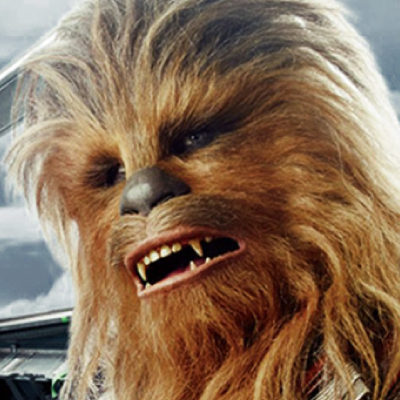 The force is strong at Toronto Comicon this year! Toronto Comicon presented by FAN EXPO Canada™ will welcome Joonas Suotamo, who officially stepped into the iconic role of ‘Chewbacca’ in Star Wars: The Last Jedi, to this year’s show. Toronto Comicon, the all-ages pop culture convention for fans of comics, sci-fi, horror, anime, and gaming returns to take over the south building of the Metro Toronto Convention Centre from March 16-18, 2018. Tickets are on sale now at comicontoronto/tickets.

Suotamo joins an epic lineup of Star Wars-themed programming at this year’s show including meet and greets with the author of Star Wars: Ahsoka, E.K. Johnston and Star Wars comic illustrators Dave Dorman, Howard Chaykin and Greg Hyland. Fans of the dark side or the light will also have an opportunity for photo ops with members of the Rebel Legion and the 501st Legion.

“Chewbacca is one of the most beloved characters of all time and we’re thrilled that Joonas Suotamo will join us at Toronto Comicon,” said Andrew Moyes, Vice President, Fan Expo HQ.  “Star Wars' universal appeal with fans of all ages perfectly complements the family-friendly atmosphere at Toronto Comicon, especially as we continue to expand our Family Zone at the show.”

The three-day event also offers plenty of other opportunities to geek out, with over 400 exhibitors, amazing artists, exciting panels with celebrity guests and more. This year’s special guests include Mrs. Doubtfire and Matilda star, Mara Wilson; wrestling heavy-weight and The Undertaker’s demonic half-brother, Kane; The Walking Dead priest-turned-soldier, Seth Gilliam, the loveable, simple giant ‘Hodor’ from Game of Thrones, Kristian Nairn; resident counselor on the USS Enterprise in Star Trek: The Next Generation, Marina Sirtis, and the Canadian actress who brought Anne of Green Gables to life, Megan Follows, among other exciting guests.

Returning for its second year, the Toronto Comicon Family Zone is offering an expanded line-up of March Break family friendly programming including a sing-along with the Ontario Ghostbusters costume group, readings with special guests, and costumed character visits from Batman, Superman, Darth Vader, Sailor Moon and more. The Family Zone also offers face painting, crafts and a scavenger hunt. Family passes that include admission for two adults and up to four children are available at comicontoronto.com/tickets.

Also returning this year is the Cosplay Craftsmanship Contest, an opportunity for attendees to be recognized for the work put into making their costumes, without having to appear on stage. Throughout the weekend, registered cosplayers will be judged on the workmanship of their costumes with winners awarded each day and a full awards ceremony following on Sunday afternoon. For more details on the contest and pre-registration instructions, please click here.

For a complete list of guests, info and tickets, visit: comicontoronto.com.