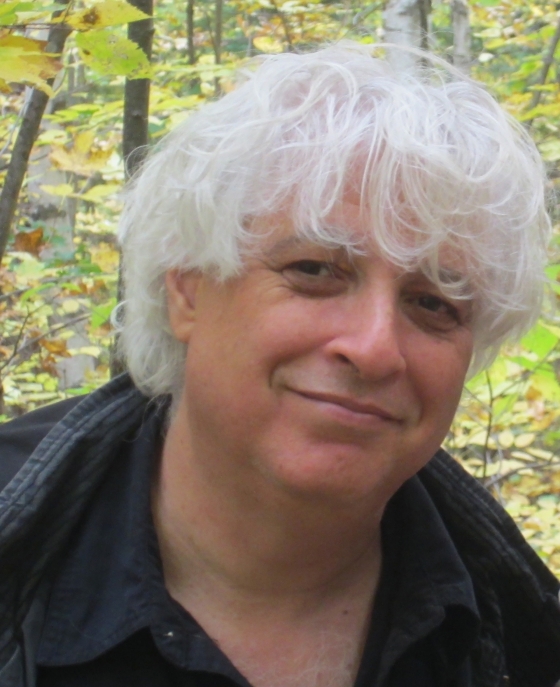 TORONTO, September 17, 2019 – The Toronto International Festival of Authors (TIFA), Canada’s largest and longest-running festival of words and ideas, today announced that this year’s Harbourfront Festival Prize will be awarded to writer and poet Stuart Ross. Established in 1984, the Harbourfront Festival Prize of $10,000 is presented annually in recognition of an author's contribution to the Canadian literature community. The award will be presented to Ross on Sunday, October 27 at 4pm as part of TIFA’s annual GGbooks: A Festival Celebration event, hosted by Carol Off. Ross will also appear at TIFA as part of Small Press, Big Ideas: A Roundtable on Saturday, October 26, 2019 at 5pm. TIFA takes place from October 24 to November 3 and tickets are on sale at FestivalOfAuthors.ca.

Stuart Ross is a writer, editor, writing teacher and small press activist living in Cobourg, Ontario. He is the author of 20 books of poetry, fiction and essays, most recently the poetry collection Motel of the Opposable Thumbs and the novel in prose poems Pockets. Ross is a founding member of the Meet The Presses collective, has taught writing workshops across the country, and was the 2010 Writer In Residence at Queen’s University. He is the winner of TIFA’s 2017 Poetry NOW: Battle of the Bards competition, the 2017 Jewish Literary Award for Poetry, and the 2010 ReLit Award for Short Fiction, among others. His micro press, Proper Tales, is in its 40th year.

“I am both stunned and honoured to receive this award. It’s all the more poignant for me because I received the news while at the Paris, Ontario, home of Nelson Ball, a great and undersung Canadian poet, publisher and bookseller who died in August. I’ve been going through six decades of Nelson’s papers, and hoped I had expressed to him just what a great mentor and example he was for me. The Harbourfront Festival Prize is a kind of encouragement I never imagined – I don’t know what I’ll complain about now,” said Stuart Ross.

The recipient of the Harbourfront Festival Prize is selected by a jury each year and the 2019 jury included Deborah Dundas (Toronto Star), Allison Jones (Quill & Quire) and Geoffrey E. Taylor (TIFA).

Past recipients of this prize, which was established in 1984, include Margaret Atwood, Wayson Choy, Austin Clarke, Margaret MacMillan, Lee Maracle, Alice Munro, Michael Ondaatje and Paul Quarrington, among others.

For more information about the Harbourfront Festival Prize and TIFA, or to purchase tickets, visit FestivalofAuthors.ca.

About Toronto International Festival of Authors
The Toronto International Festival of Authors (TIFA) is Canada’s largest and longest-running festival of words and ideas. Since 1974, it has hosted over 9,000 authors from more than 100 countries, including 22 Nobel Laureates and countless other award winners. Mandated to advance the art of literature, TIFA connects curious readers of every kind with leading authors and provides forums to showcase Canadian talent to the world. TIFA presents events and programmes all year round and will celebrate the 40th edition of the Festival October 24 – November 3, 2019. Based at Harbourfront Centre. To learn more, visit FestivalofAuthors.ca.