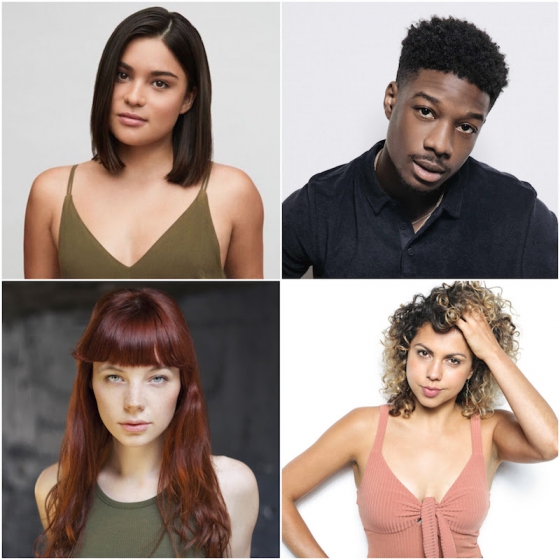 “Hungry, new talent is the lifeblood of this industry,” said Cameron Bailey, Artistic Director of TIFF. “This year’s group are some of the most captivating, charismatic, and promising young Canadian talents Rising Stars has ever seen, so it’s no surprise they’re featured in some of the Festival’s most highly anticipated films. They are the ones to watch.”

The TIFF Rising Stars programme will see the selected actors experience a unique and engaging Festival. They will have access to professional development sessions, Industry events, red carpets, and valuable networking opportunities.

This year, three Rising Stars are featured in films in TIFF’s Official Selection. Jess Salgueiro stars in the Special Presentations programme’s Opening Night Film MOUTHPIECE, directed by legendary Canadian filmmaker Patricia Rozema and adapted from the award-winning play of the same name by Amy Nostbakken and Norah Sadava. Lamar Johnson will appear in George Tillman, Jr.’s adaptation The Hate U Give, a timely tale of police violence in the Black Lives Matter era, alongside a star-studded cast that includes Amandla Stenberg, Regina Hall, and Issa Rae. And Michaela Kurimsky will appear in Jasmin Mozaffari’s Firecrackers, a drama about the friendship of two young women desperate to escape their repressive small town.

TIFF will announce its four international Rising Stars on August 16.

Devery Jacobs
Devery Jacobs was born in Kahnawà:ke Mohawk territory and is an actor and filmmaker. She is best known for her award-winning performances in Rhymes for Young Ghouls and The Sun atMidnight. Her recent short film, Rae, won the Ellen Monague Award for Best Youth Work at the 2017 imagineNATIVE Film + Media Arts Festival and screened at the 2018 Palm Springs International ShortFest. Her upcoming credits include roles on the TV shows Cardinal, American Gods, and The Order.

Lamar Johnson
Lamar Johnson is a dancer and actor from Toronto. He has performed at the Apollo Theatre in New York City and was one of the hosts of Pop It! on TVOKids. He has appeared in TV shows such as Degrassi: The Next Generation, Rookie Blue, Saving Hope, and The Next Step. Recent film credits include Kings; The Hate U Give, which will have its World Premiere at TIFF; and the upcoming films X-Men: Dark Phoenix and Native Son.

Michaela Kurimsky
Michaela Kurimsky is a Toronto-based actor, award-winning filmmaker, and professionally trained singer with the Royal Conservatory of Music. In 2014, she graduated from Ryerson with a BFA in film studies. Since then, she has been involved in filmmaking both behind and in front of the camera. She has mentored with Aaron Poole, John Gordon's The Dirt Underneath Actors’ Space, and LS&CO Studios. Kurimsky will make her feature acting debut in Firecrackers, which is having its World Premiere at TIFF 2018.

Jess Salgueiro
Jess Salgueiro is an actor, singer, playwright, and performance artist based in Toronto and Los Angeles. Recent TV credits include roles on Orphan Black, The Strain, Letterkenny, Kim's Convenience, Workin' Moms, and the upcoming The Boys. Her recent feature films include Mary Goes Round, which premiered at TIFF 2017; MOUTHPIECE, which will premiere at this year's Festival; and the upcoming No Sleep 'Til Christmas. Salgueiro also runs an online feminist publication called bitchesbewitches.

The 43rd Toronto International Film Festival runs from September 6 to 16, 2018.

The Toronto International Film Festival is generously supported by Lead Sponsor Bell, Major Sponsors RBC, L’Oréal Paris and Visa, and Major Supporters the Government of Ontario, Telefilm Canada, and the
City of Toronto.