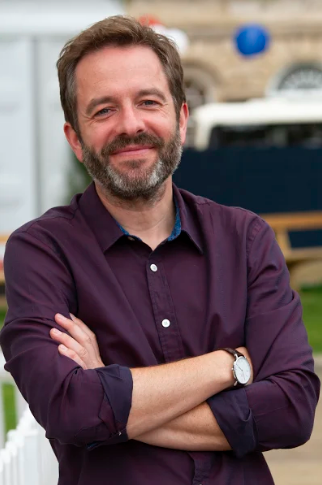 Toronto (January 31, 2020) -- The Toronto International Festival of Authors (TIFA) today announced the appointment of Roland Gulliver as its new Director. An accomplished festival director with 20 years’ experience working in the cultural sector across many countries, Gulliver has become one of the leading international figures in the literary world.

“I am immensely excited and honoured to be coming to Toronto and to lead the Toronto International Festival of Authors, a festival I have known and admired for many years, into its next ambitious phase,” said Gulliver. “I had the pleasure of participating in the 30th anniversary of the festival, working with the team to program a number of Scottish authors as part of their celebration of Scottish writing. I am looking forward to celebrating Canada’s rich, diverse and dynamic literary scene, and to sharing with its audiences the joy of books, stories and writing, and to creating conversations on issues that affect Toronto, Canada and beyond.”

Gulliver comes to TIFA after 12 years with the prestigious Edinburgh International Book Festival, the largest festival of its kind. While there, he brought in headline stars and literary favourites, incorporated comics and graphic novels, hip-hop and literary cabaret, and developed multiple community-based events offering access and empowerment through the arts to new audiences. Prior to his Edinburgh tenure, Gulliver worked with the British Council in Brussels and Six Cities Design Festival in Glasgow. He holds a Master of Arts (Hons.) Degree in English Literature from University of Edinburgh.

“The Toronto International Festival of Authors is an important part of Toronto’s rich cultural landscape and attracting someone of Roland’s calibre to lead the festival forward is a testament to its reputation and its accomplishments,” said Marah Braye, CEO of Harbourfront Centre.

“We spent significant time on a global search for our next Director and Roland was our top candidate from the start,” said TIFA Board President Charles Baillie. “We believe that TIFA has the potential to grow from Canada’s largest and longest-running festival of words and ideas to be one of the world’s top literary events. Roland’s experience and vision will greatly enhance our ability to achieve that objective.”

Gulliver replaces previous Director Geoffrey Taylor, who retired from the festival in November 2019 after 16 years in the role.

TIFA is based at Harbourfront Centre in Toronto (235 Queens Quay West).

About the Toronto International Festival of Authors (TIFA)
The Toronto International Festival of Authors (TIFA) is Canada’s largest and longest-running festival of words and ideas. Since 1974, it has hosted over 9,000 authors from more than 100 countries, including 22 Nobel Laureates. TIFA connects curious readers of every kind with leading authors and provides forums to showcase Canadian talent to the world. TIFA presents events and programs all year round and will celebrate the 41st edition of the Festival in 2020.

About Harbourfront Centre
Harbourfront Centre is a leading international centre for contemporary arts, culture, and ideas, offering year-round cultural, educational and recreational programming, and supporting a diverse range of artists and communities. Attracting millions of visitors annually, its 10-acre campus is situated on Toronto’s central waterfront, nurturing public involvement in the arts by engaging the broadest possible audience. It is a registered not-for-profit organization with charitable status.