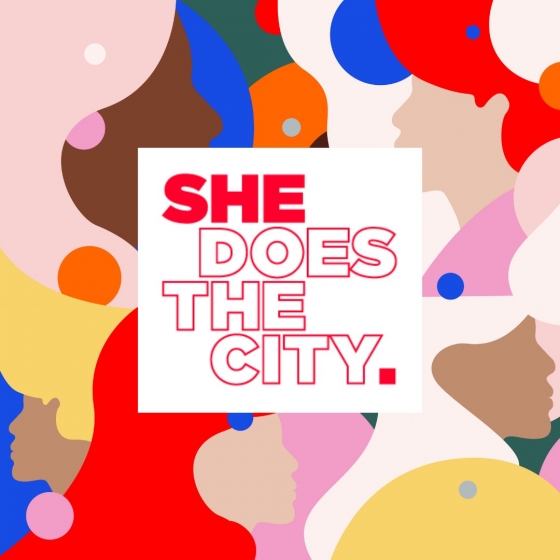 Toronto, ON, March 22, 2021 – Andréa Grau, Founder and Owner of leading arts & entertainment PR firm Touchwood PR, today announced the acquisition of the popular and award-winning digital platform Shedoesthecity, founded and run by Jen McNeely since 2007. McNeely, a renowned writer/editor and advocate for mental health and recovery, joins the women-led Touchwood PR team, continuing in the role of the site’s Editor-in-Chief. In this role, she will oversee editorial content and day-to-day operations.

“As the cultural and media landscapes continue to evolve and change, we have been committed to finding new ways to support emerging and underrepresented voices, re-imagining PR and audience engagement, and ensuring an inclusive environment for thought leadership and conversation. We have long-admired Jen’s vision, courage, and passion for authentic storytelling; Shedoesthecity has evolved from a fun and comprehensive go-to guide for women to a trusted and well-respected voice that empowers its readers across Canada to engage in a meaningful exploration of our shared humanity, the world we live in, and the vital role the arts play in entertaining, educating, and healing. We are delighted to work together to build and expand Shedoesthecity and continue its legacy of inspiring readers with thoughtful and thought-provoking discussions from diverse voices,” said Andréa Grau, Founder & Owner, Touchwood PR.

“Shedoesthecity has had many vibrant chapters over the years, but what has remained constant is our understanding of the immense power that storytelling has to heal, by providing a platform to be seen and heard or sparking necessary dialogue that drives change. In recent years, we have shifted focus to show how the arts do this so well - from street art that makes an impact, films that rock society, to exhibits that get us thinking in different directions, and ultimately move us to a better place. Touchwood has built a legacy showcasing and celebrating this exact thing - joining their team and working under Andréa’s leadership feels positively right, and will allow Shedoesthecity to grow to nurture the next generation of creative talent, and play a role in supporting Canada’s arts and entertainment industry,” said Jen McNeely, Founder and Editor-in-Chief, Shedoesthecity. “Our audience is smart, courageous, and keen to build a brighter future. We will continue doing what we do best - empowering our readers by sharing personal stories of overcoming challenges, fighting stigma, spotlighting creative talent and agents of change -  with a greater focus and commitment to the arts. COVID-19, systemic racism, climate crisis, gender inequity… the world needs to recover and heal from a lot of things, as does the arts. By paying attention to how all these issues intersect, we hope to support the recovery process.”

To foster and empower the next generation of writers, particularly from underrepresented communities, Shedoesthecity is pleased to introduce a Writers Fund. The $10,000 New Voices Fund will be allocated to emerging writers, of all ages, who have never been published or have less than 20 bylines to their name. The first year of the fund, which will kick off in May, will be distributed over the next 15 months, allowing for dozens of new contributors to expand their portfolio of work. Details on how to pitch are posted on the site.

To usher in this new chapter, Shedoesthecity has organized a five-week pay-what-you-can drop-in workshop series open to the public that brings together facilitators who respect the powerful relationship between mind, body, and creativity.

All proceeds from the Breathe / Move / Create series will be donated to Red Door Family Shelter which provides safe sanctuary and support services to women and children affected by domestic violence, families experiencing a housing crisis such as eviction, and refugees with nowhere else to turn. More info and event registration available here.

Founded in 2007, Shedoesthecity was the first site of its kind for young women in Canada and has received numerous awards and accolades, including being named Best Blog by NOW Toronto four times. Over the years, Shedoesthecity has partnered with several companies and organizations to host and present innovative events, from erotica writing workshops to panel discussions about addiction and mental health. A trusted source of information, inspiration, and thoughtful dialogue, the site has featured the work of numerous emerging writers and contributors over the years. The site will continue to welcome guest contributors, particularly from underrepresented groups.

Described by The Globe and Mail as “a trailblazer of authentic storytelling and community building,” McNeely is a well-respected advocate for mental health and recovery since she first began sharing her recovery journey in 2012 and has spoken publicly about her experience with alcohol-use disorder and addiction on CBC's The Current, Here & Now, TVO's The Agenda, Cityline, and several other media outlets. McNeely has written for Toronto Life, FASHION Magazine, The Kit, and The Globe and Mail. In 2020, McNeely was nominated for the RBC Canadian Women Entrepreneur Award by Women of Influence.