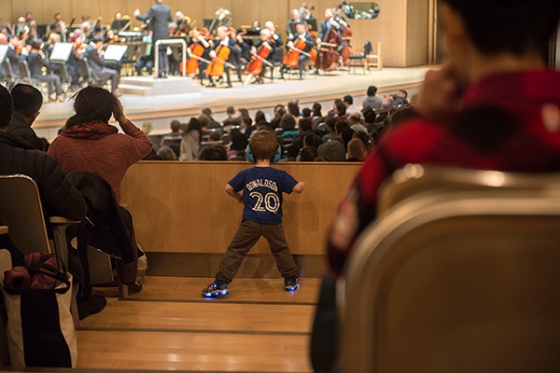 Individual tickets for the TSO’s 2019/20 season will be available for purchase as of August 1 at TSO.CA, by phone (416.593.1285), and in person at the TSO Patron Services Centre or the Roy Thomson Hall Box Office. TSO donors can access pre-sale individual tickets today. The 2019/20 season officially kicks off on September 19, 2019, with Dynamic Duo: Hannigan & Storgårds. For a detailed list of the complete season click here.

Newly announced Relaxed Performance include The Composer Is Dead, a hilarious whodunit for the whole family with music by Nathaniel Stookey and text by Lemony Snicket on February 22, 2020, at 11:00am, and mad.sad.glad, designed to showcase how a range of emotions can be expressed—and experienced—through music, conducted by Daniel Bartholomew-Poyser on May 24, 2020, at 2:00pm. Both performances are at Roy Thomson Hall.

Audience members are offered advance materials to prepare for the performance and reduce anxiety, encouraged to move around the concert hall, offered fidgets, and have access to a quiet room for a break in the performance.

“Our first Relaxed Performance in April brought symphonic music to members of the community who had never before attended a TSO concert, sparking enthusiastic new fans for our orchestra. We are proud to be of service to diverse audiences throughout the GTA and to share the joy of music in these unique concerts and in all our programming,” said Matthew Loden, Chief Executive Officer.

Highlights of the TSO’s Pop Series, curated by Principal Pops Conductor Steven Reineke, includes James Bond: The Music, Music of John Williams, Classic Broadway: Rodgers & Hammerstein, and Dancing in the Street: The Music of Motown. Films with live orchestra include Home Alone in Concert during the holiday season, Singin’ in the Rain, and the continuation of the ever-popular Star Wars Film Concert Series.