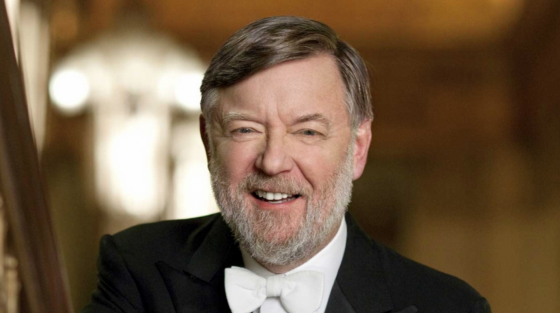 TORONTO — May 16, 2019 — The Toronto Symphony Orchestra (TSO) tours Mahler Symphony 7 — the most unique of all of his symphonies — in Ottawa and Montreal this month. As part of the TSO’s annual visit, Conductor Laureate and Interim Artistic DirectorSir Andrew Davis joins celebrated Canadian pianist Louis Lortie and the TSO with a selection of inspired works. Performances will be held at Montreal’s Maison symphonique on May 21, followed by the National Arts Centre in Ottawa on May 22.

The concert will begin with a reprise of My Most Beautiful, Wonderful, Terrific, Amazing, Fantastic, Magnificent Homeland by Canadian composer Chan Ka Nin. This work was composed for the TSO’s Sesquicentennial celebrations, and first performed in 2017. World-renowned, three-time JUNO Award-winning pianist Louis Lortie will perform as a soloist in César Franck’s richly romantic Symphonic Variations for Piano and Orchestra, which is one of the composer’s most enduring classics. The bold Seventh Symphony byGustav Mahler, considered the most enigmatic of the 10 symphonies he composed, rounds out the program.

The TSO Season Presenting Sponsor is BMO Financial Group.
The Toronto Symphony Orchestra is generously supported by the Canada Council for the Arts, the Ontario Arts Council, and the City of Toronto.