« Back to Case Studies

Following the impactful #MeToo campaign, AFTERMETOO created by Aisling Chin-Yee, Mia Kirshner, and Freya Ravensbergen is a national movement born within the Canadian film and television industry to activate change on sexual violence in Canada.  Touchwood PR has worked with the movement since it was launch in November 2017.  In March of 2018, AFTERMETOO launched a three-pronged campaign with the release  of a detailed report from the AFTERMTOO Symposium, creation of a fund in partnership with the Canadian Women’s Foundation, and major presence at the Canadian Screen Awards.

TouchwoodPR assumed management of AFTERMETOO’s Facebook, Twitter and Instagram accounts during this period and provided a dedicated Social Media Manager to handle content creation, public engagement and analytics reporting. To broaden public and industry awareness for the report and encourage donations to the fund, we created condensed, impactful, shareable content using the findings from the AFTERMETOO report and coverage garnered as part of the media relations efforts. 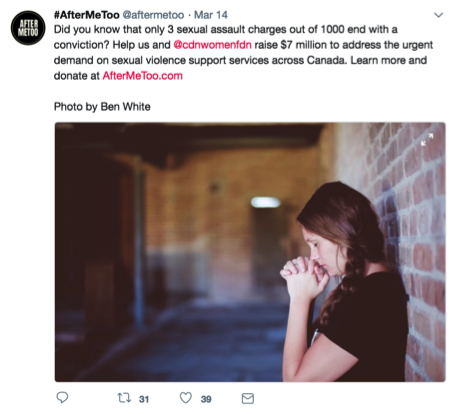 The campaign culminated in AFTERMETOO’s viral presence at the nationally televised Canadian Screen Awards. Combining media relations with social media efforts, Touchwood PR worked alongside the founders of the movement in distributing branded pins to media, presenters and nominees to wear in support of the movement at the Broadcast Gala. The initiative encouraged influencers and celebrities within the industry to help disseminate the message about the movement at the event and through social media interaction.

Touchwood’s efforts were met with great success on all fronts. AFTERMETOO’s social pages saw an increase of 550 followers and a total of 215,000 impressions across all three platforms in less than three weeks. The Facebook profile saw of 400% increase while the Twitter page increased by 4000%. These results were achieved purely with organic content without a paid advertising budget. 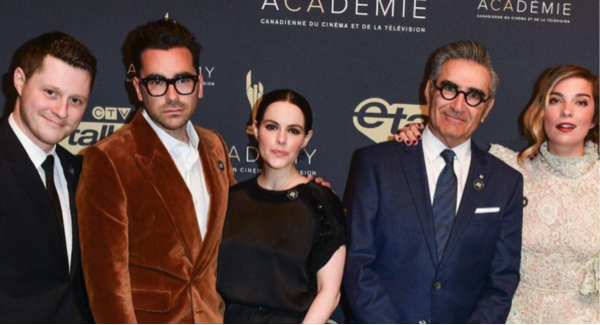 The branded pin initiative at the Canadian Screen Awards was massive success with Canadian celebrities including Margaret Atwood, the cast of Schitt’s Creek and Kim’s Convenience, among others who walked the red carpet. The pins received countless impressions during the broadcast and in hundreds of Instagram and Twitter photos posted by influencers within the industry. By leveraging the support and diverse followings of celebrities and influencers, the reach of the AFTERMETOO grew exponentially.

By working with Touchwood PR on a combined media relations and social media campaign, AFTERMETOO was able to simplify their process through a single point of contact, ensure consistent messaging throughout their communications, and propel their name and cause into a nationally trending movement.