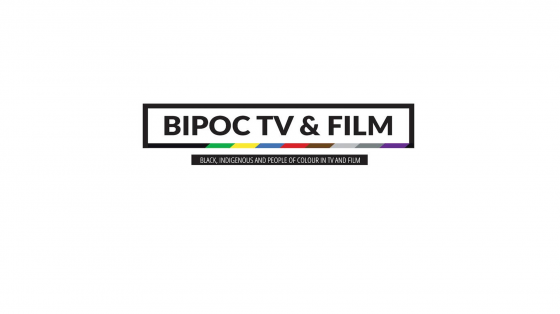 Founded by Nathalie Younglai, the grassroots non-profit organization looks to broaden its work across Canada with expanded programming initiatives as it approaches its 10th anniversary

Toronto, ON – February 23, 2021 – BIPOC TV & FILM is proud to announce the appointment of Kadon Douglas as the organization’s first-ever Executive Director, effective immediately. Douglas, whose background includes roles with Women in Film & Television-Toronto and Ryerson University, is a two-time Hot Docs Fellowship recipient and former Chair of the Reelworld Film Festival Board of Directors. In this role, Douglas will focus on capacity building to ensure the organization’s long-term impact and sustainability, oversee career development programming and advancement opportunities, and leverage HireBIPOC to provide more work opportunities for Black, Indigenous, People of Colour creatives and below-the-line crew.

“This is the little organization that could. We have been able to grow, reinvent, and reorganize BIPOC TV & FILM and by extension, the level of support and advocacy we can provide to the community, thanks to our dedicated members and volunteers, as well as a number of industry partners like the CMF, Bell Media, and Hollywood Suite who have been open to engaging in authentic discussion and actively collaborating,” said Nathalie Younglai, Founder and Chair, BIPOC TV & FILM. “Kadon was an integral part of our Visioning Committee for a number of years and deeply understands our roots and the community we serve. I’m excited that she is taking the reins at this critical moment in the organization’s history.”

“Canada is home to many talented BIPOC creatives; it’s not talent that’s lacking, it’s access, opportunity, and recognition. I am overjoyed to be a part of BIPOC TV & FILM’s legacy and to continue providing a safe space for our communities to create, connect, and thrive,” said Kadon Douglas, Executive Director, BIPOC TV & FILM. “I am grateful to have the support of our Visioning Committee, led by Nathalie, our senior advisors, industry partners, volunteers and members as we continue the important work of building a Canadian film and TV industry that mirrors the diverse tapestry of our world. I hope to welcome many of you on this journey with us.”

Douglas is an experienced non-for-profit professional specializing in community engagement, marketing and communications. Previously, she led communications and membership engagement strategies while advocating for gender equity in screen-based media at Women in Film & Television-Toronto (WIFT-T). Most recently, Douglas worked within the Dean’s Office at FCAD, Ryerson University’s faculty of communication and design, as its manager of marketing and communications. Douglas also worked for several years in the documentary production field as a production coordinator, researcher and digital marketing specialist, and is a two-time fellow of the Hot Docs Film Festival: Doc Accelerator (2013) and Shaw Media Diverse Voices (2015). Douglas is an active member of the screen-based media community, volunteering her time on various committees and juries, and is the former chair of the Reelworld Film Festival.

BIPOC TV & FILM is a grassroots non-profit organization and collective of Black, Indigenous and People of Colour in Canada's TV and film industry. From writers, directors, producers and actors to editors, crew members and executives, our members are a mix of emerging, mid-level and established industry professionals. BIPOC TV & FILM is dedicated to increasing the representation of BIPOC both in front and behind the camera.

BIPOC TV & FILM was founded in 2012 as Indigenous & Creatives of Colour in TV & Film by Writer/Director Nathalie Younglai, who saw a need to form a community for others like her, who were also feeling isolated by the overall lack of representation of BIPOC in the industry. This collective is the only intersectional organization in Canada dedicated to providing safe spaces for all Black, Indigenous and People of Colour in the industry.

BIPOC TV & FILM hosts a series of panels, Q&A sessions, workshops, networking events and provides opportunities to secure employment in the television and film industry, specifically targeted to BIPOC. We also hold occasional events throughout the year that are open to allies, as we believe the support of allies is integral to creating a welcoming industry for BIPOC.