Toronto, ON—October 16, 2019—The Toronto Symphony Orchestra (TSO) will once again open its doors to the public for the second edition of Explore the Score, showcasing compositions from four Canadian artists. Presented in collaboration with the Canadian Music Centre (CMC), Explore the Score is part of an ongoing commitment to support the development of emerging Canadian composers and the creation of new orchestral works, and to offer the public a front-row seat in witnessing artistic creation first-hand. The Explore the Score orchestral composition reading session will take place on Saturday, November 30, 2019, from 10:00am to 12:30pm at Roy Thomson Hall. The session will be hosted by TSO RBC Affiliate Composer Emilie LeBel and conducted by TSO Composer Advisor Gary Kulesha.

The Explore the Score composers include Ian Cusson, Matthew Emery, Fjóla Evans, and Jared Richardson, and were chosen by a jury consisting of TSO RBC Affiliate Composer Emilie LeBel, TSO Flute & Piccolo Camille Watts, and composer Harry Stafylakis, in consultation with Matthew Fava at the Canadian Music Centre. These talented composers will present their works in a special score-reading session that is open to the public, and will receive feedback in a closed session from Emilie LeBel, TSO Composer Advisor Gary Kulesha, and members of the Orchestra. This year marks the eighth edition of the TSO’s annual Canada-wide Call for Scores—providing Canada’s promising composers an opportunity to hear their work performed in a professional orchestral setting and receive mentorship from artistic and administrative staff—and the second year the reading sessions have been open to the public.

The participants of the orchestral composition reading session have taken part in a library workshop led by TSO Principal Librarian Gary Corrin and TSO RBC Affiliate Composer Emilie LeBel, to review how scores are prepared for the Orchestra. Each composer will also receive an individual mentorship session with Emilie LeBel, an archival recording of their work from the reading session for their personal use, and an opportunity to attend a TSO rehearsal as well as a performance in November 2019.

Tickets to attend Explore the Score are on sale now. Tickets are $5 and can be purchased online at TSO.CA. 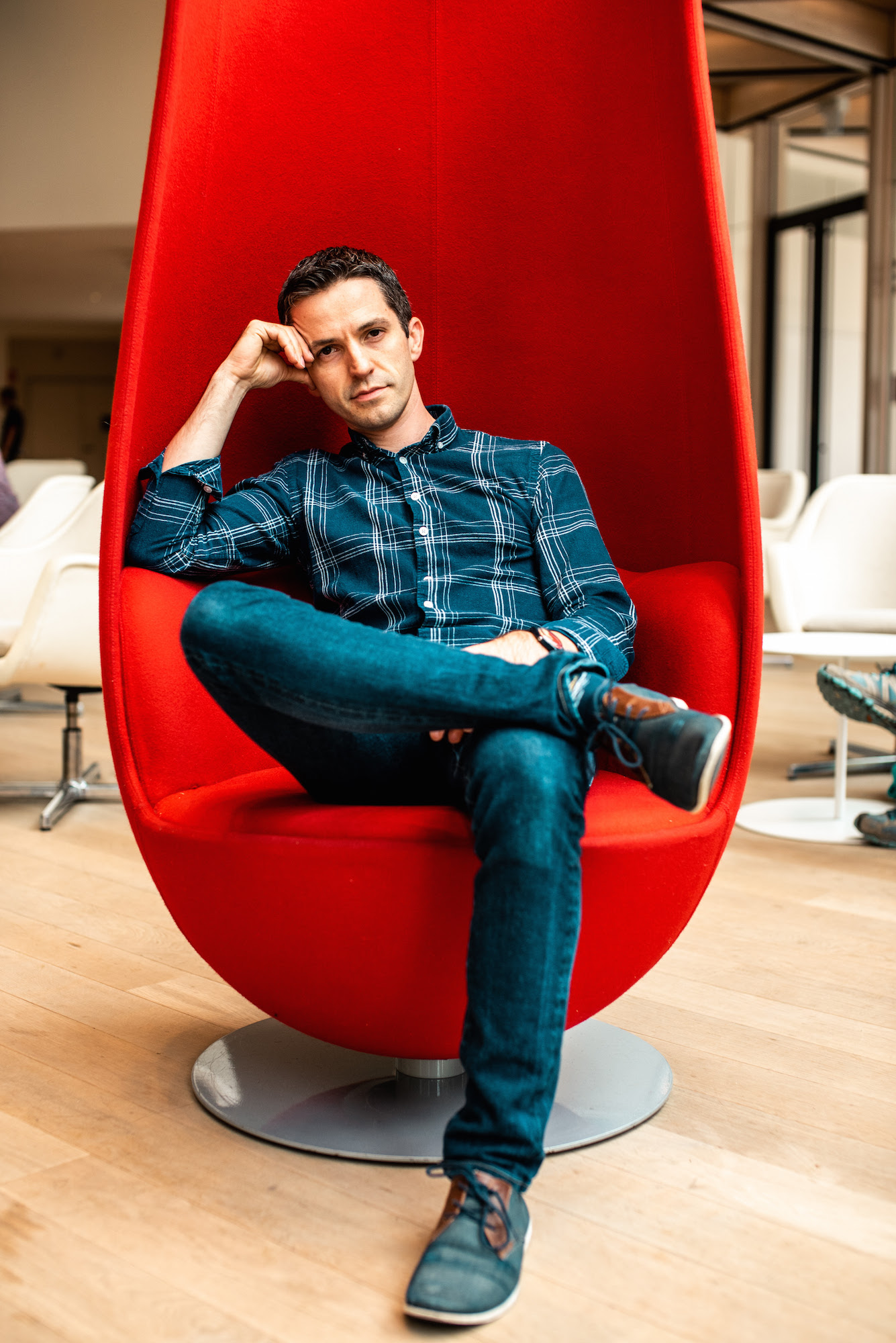 Ian Cusson is a composer of art song, opera, and orchestral work. Of Métis and French Canadian descent, his work explores Canadian Indigenous experiences, including the history of the Métis people, the hybridity of mixed-racial identity, and the intersection of Western and Indigenous cultures. He studied composition with Jake Heggie (San Francisco) and Samuel Dolin, and piano with James Anagnoson at the Glenn Gould School, and also completed a mentorship with Johannes Debus. He is the recipient of the Chalmers Professional Development Grant, the National Aboriginal Achievement Foundation Award, and grants through the Canada Council for the Arts, the Ontario Arts Council, and the Toronto Arts Council. Ian was an inaugural Carrefour Composer-in-Residence with the National Arts Centre Orchestra from 2017 to 2019, and is now Composer-in-Residence for the Canadian Opera Company until 2021. Ian is an Associate Composer of the Canadian Music Centre and a member of the Canadian League of Composers. He lives in Oakville with his wife and four children. 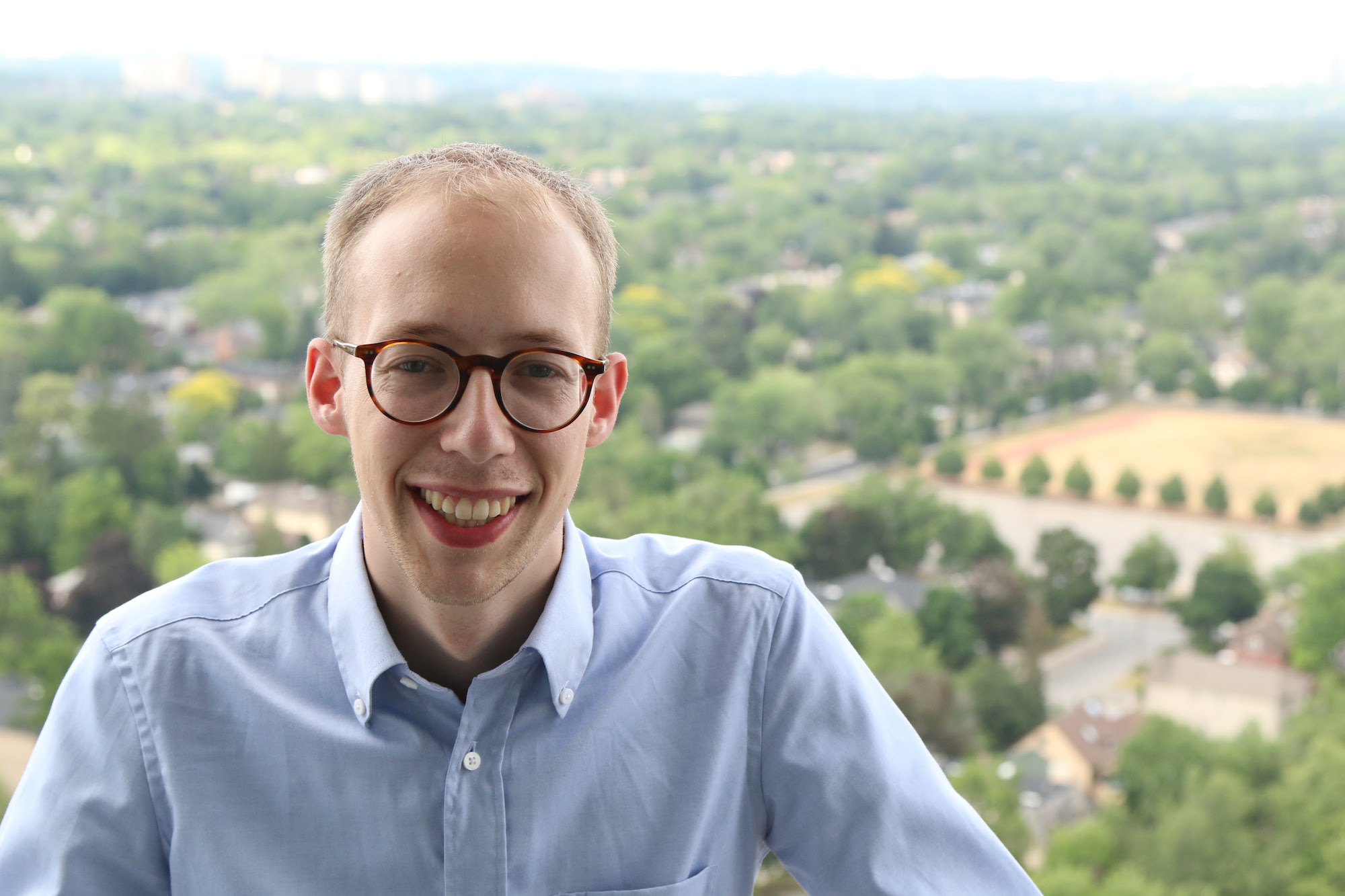 Matthew Emery is a Canadian composer who “writes with an honesty which enchants” (Vancouver Sun). His music has been performed in 24 countries across North America, South America, Europe, Asia, and Oceania, and at venues such as the Great Wall of China, the White House, Wigmore Hall, and the Musikverein.

His music is available on many commercially released albums, including a JUNO-nominated disc from the Canadian Chamber Choir, and a composer's retrospective disc by the Amabile Choirs of London, released on the Centrediscs label. In 2016, he was named one of the hottest classical musicians under 30 by the CBC. Matthew studied at the University of British Columbia and the University of Toronto. He is published by G. Schirmer, Boosey & Hawkes, Hal Leonard, E.C. Schirmer, Alliance Music, Plangere Editions, Santa Barbara Music, Cypress Choral Music, Alfred Music, GIA Publications, and Sulasol. 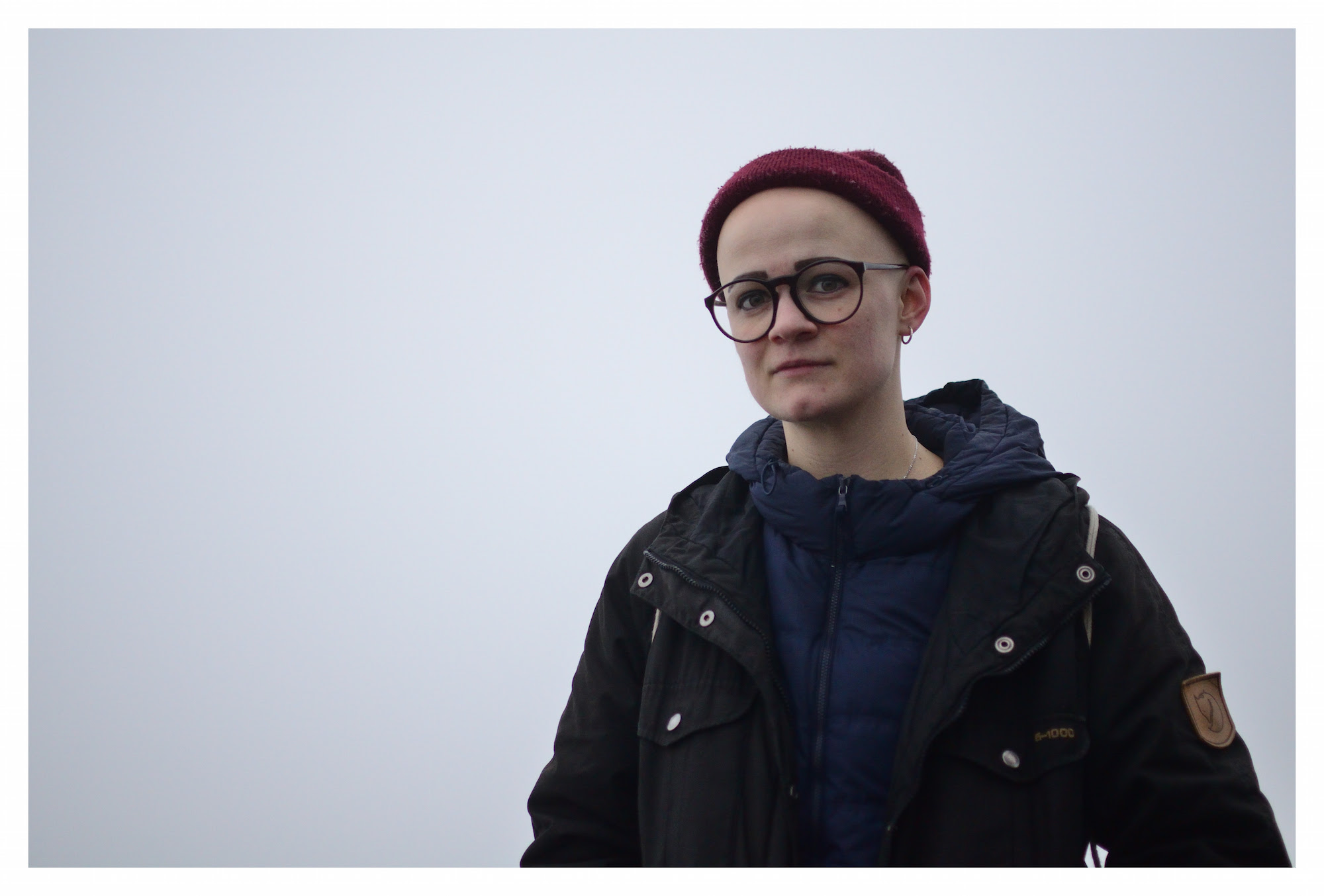 Fjóla Evans is a Canadian/Icelandic composer and cellist. Her work explores the visceral physicality of sound while drawing inspiration from patterns of natural phenomena. Commissions and performances have come from musicians such as Bang on a Can All-Stars pianist Vicky Chow, GRAMMY®-winning ensemble Eighth Blackbird, and the Winnipeg Symphony Orchestra. Her work has been featured at the MATA Festival, Bang on a Can Marathon, Ung Nordisk Musik, and the American Composers Orchestra's SONiC Festival.

As a performer, she has presented her own work at Cluster Festival of New Music, (le) poisson rouge, and Toronto's Music Gallery. Fjóla has participated in residencies at the Banff Centre for the Arts, and KulturKontakt Austria, among others. She has studied composition with Julia Wolfe, and cello performance with Matt Haimovitz, and completed a master’s degree in composition at the Yale School of Music in 2018. In September 2019, she began doctoral studies in composition at Columbia University where her research is supported by the Social Sciences and Humanities Research Council of Canada.

Recent projects include a collaboration with animator Amanda Bonaiuto on a new work for Echo Chamber; the première of The Visitor for Toronto's Continuum Ensemble and TorQ Quartet; VC2 cello duo’s rendition of Ridge & Furrow featured on the album Beethoven’s Cellists; and the release of Bearthoven's recording of Shoaling on Cantaloupe Music. Fjóla is the 2017 winner of the Robert Fleming Prize from the Canada Council for the Arts. 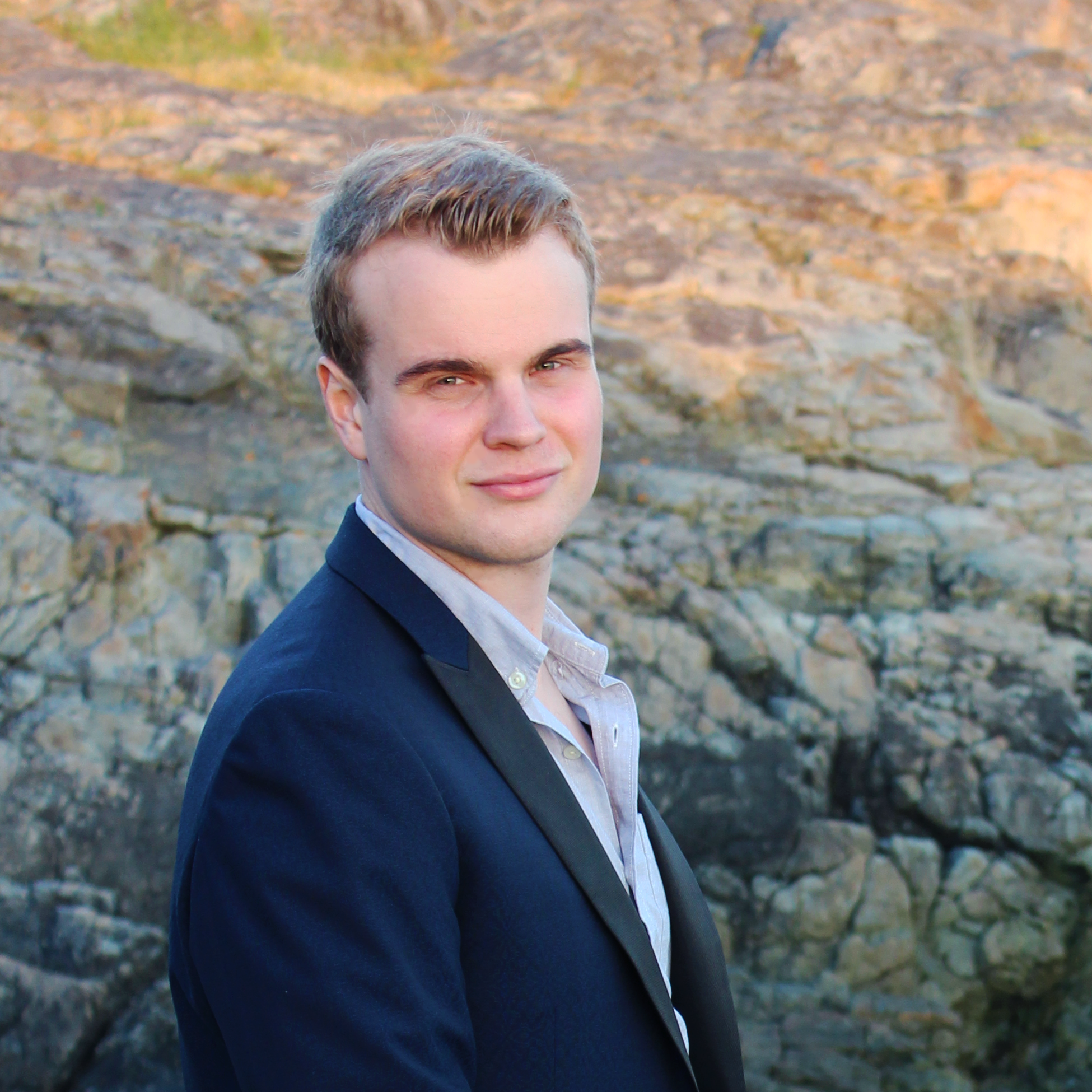 Jared Richardson is a composer and pianist from Victoria, BC, and graduate of Berklee College of Music (2016). His recent work seeks to assimilate stylistic elements of popular music into the language of the orchestra. Many of his compositions have been performed by the Victoria Symphony, including two performances at Symphony Splash (an annual outdoor concert with attendance of close to 50,000) in 2011 and 2013. Two of Jared’s works have been read by the Vancouver Symphony Orchestra. He has also written several pieces for wind band, which he has premièred as a guest conductor with the Meridiem Wind Orchestra (Victoria, BC).

Jared has worked alongside composer Tim Williams (Los Angeles) as an orchestrator and score technical engineer on the film Get Out, and contributed orchestrations to Guardians of the Galaxy Vol. 2. Jared had his first international première with the Rousse Philharmonic Orchestra (Bulgaria) in June 2017, guest conducting his composition Dancing in the Clouds. In January 2019, he recorded an excerpt from his piece Duel of Champions with the Hollywood Studio Symphony at Warner Bros. Studios. Jared finds musical inspiration in nature: many ideas arrive while hiking amid the dramatic scenery of the West Coast, and he often writes entire pieces during outdoor explorations. Across all genres, the primary focus of his writing is melody—which he considers the most fundamental aspect of music. Jared's mission is to create music that is appealing to a wide audience, yet uncompromised in artistic integrity.

The Toronto Symphony Orchestra is generously supported by the Canada Council for the Arts, the Ontario Arts Council, the Ontario Cultural Attractions Fund, and the City of Toronto.

Explore the Score is generously supported by The McLean Foundation and the RBC Foundation.