The Festival Announces its 2019 Award Winners Including To Live to Sing, We Are Little Zombies, What We Left Unfinished and Fasken Audience Award Recipient Yellow Rose 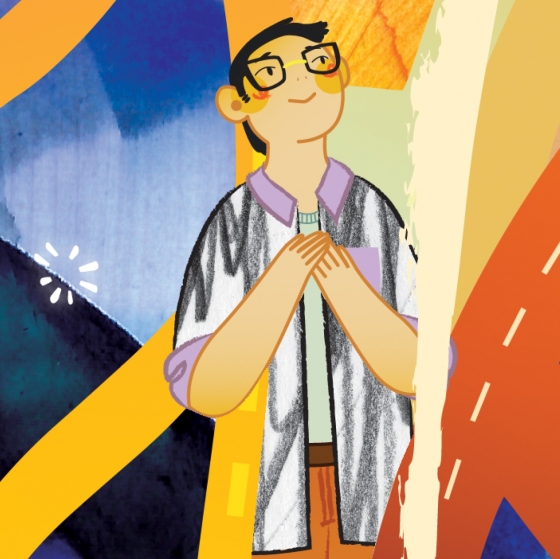 (TORONTO – November 18, 2019) The Toronto Reel Asian International Film Festival (Reel Asian) took a bow on its 23rd edition on Friday, November 15 following its successful 9 day run in downtown Toronto and North York. Canada’s largest pan-Asian film festival continued to fuel growing appreciation for Asian-centred cinema in Toronto presenting 79 titles from regions including Canada, China, Korea, Japan, Taiwan, Afghanistan, Cuba and the United States, 59% of which are directed by female and non-binary filmmakers. Reel Asian announced the award winners for the juried features and shorts prizes, the So You Think You Can Pitch? live competition, and the Fasken Audience Award.

The annual So You Think You Can Pitch? Live Competition featured 6 filmmakers competing for cash and industry prizes in front of a live audience. This year’s 14th annual Pitch Competition took place on Sunday, November 10. A launching pad for emerging Asian Canadian talent, finalists competed for amazing prize packages that will help them kick-start and/or finish their short film. The Silver Award presented by Charles Street Video was given to Noor Khan for her film PostScript and the So You Think You Can Pitch Gold Award presented by Reel Asian to Vince Ha for his film Earthworms. The awards will help the winners cover Digital Cinema production and post services, artist’s fees and more.

Highlights at this year’s festival included a 100th anniversary screening of the silent film classic The Dragon Painter presented with a live musical accompaniment by Goh Nakamura; a live script reading of Eggplant, the first narrative feature from the Reel Asian’s 2019 Canadian Spotlight Artist, Yung Chang; the Reel Asian X interactive AR experience East of the Rockies, written by prolific Canadian author Joy Kogawa and co-produced by NFB and Jam3; Opening Night Gala film To Live To Sing by Johnny Ma winning the CHCH Best Canadian Film or Video Award; and 12 sold out screenings including Yellow Rose, the recipient of the Osler Best First Feature Award and Fasken Audience Award.

Reel Asian is also pleased to present a Special Jury Prize to Tsai Chin for her outstanding performance in Lucky Grandma. In the comedic drama, Chin is able to bring humour out in a single look and becomes the archetype for the traditional mother/aunt. The famed actor astonished the jury with her range, physicality humour grace. She is the most unpredictable heroine and one that audiences can’t help but root for.

All feature films are eligible for this prize. $1000 cash prize

Jury statement: In the best tradition of films about a young person’s daring to follow her dreams, the Features Jury is pleased to award the Toronto Reel Asian International Film Festival Best Feature Award to Yellow Rose, directed by Diane Paragas. The jury appreciated the ground-zero setting of Texas in this tale of the human cost of anti-immigration policies. Above it all was the honest and assured performance by Eva Noblezada as Rose, and the sure-handed direction by Paragas.

All feature works are eligible for this prize. $2500 cash prize

All Canadian works are eligible for this prize. $1000 cash prize

Jury statement: This film transports audiences to a small town in China and beautifully tells a timeless story of the struggle to preserve traditional Chinese opera in a way that not only honours the artform, but embodies it throughout. The jury was struck by the elements of Johnny Ma’s filmmaking, and the authenticity, nuance and complexity he brought to a narrative that gave us a deeper cultural insight into Chinese opera and evolving culture.

All first feature films are eligible for this prize. $1,500 cash prize

Jury statement: With We Are Little Zombies, Makoto Nagahisa goes beyond what we could have expected from a first feature, taking the universal experience of loss and portraying it through the lens of children in a way that feels fresh and entertaining, while also tapping into our need to understand who we are within our families.

Jury statement: The jury selected the animated film Portrait of a Lady for its detailed, textured, distinctly haunting visuals, and meticulous soundscape. We were impressed by the filmmaker’s ability to combine the genres of romance and horror into one seamless dream-like film that depicts the urban legends surrounding the cursed painting, Portrait of a Lady.

The Truth to Power Award:

Jury statement: With our relative privilege as Canadians, we don't often get to see certain stories from certain lives. What we Left Unfinished brings to Toronto a story of survival and expression through examining a forgotten medium: unfinished propoganda films from Afghanistan. Ms. Ghani deftly weaves together archival footage, recent interviews, and atmospheric shots of destruction and what is rebuilt. We congratulate and thank her for bringing this film to Reel Asian.

All films made by female Ontario-based artists are eligible for this prize. $1,000 cash prize, $1,200 programming pass and one-year membership to WIFT-T.

Jury statement: We are thrilled to announce Jacqueline Shi's Little Red as the winner of this year's DGC Ontario / WIFT-T Award. We were extremely impressed with the skillful way in which the story was told through voiceover and visuals, and even more impressed that this film came to us through Reel Asian's Unsung Voices program, from a first-time filmmaker. Congratulations, Jacqueline on what's sure to be the start of a promising career.

All short films and videos are eligible for this prize. The selected films are curated into a programme and given the opportunity to broadcast on Air Canada's in-flight entertainment screens on international flights. $1,000 cash award split amongst winners.

Jury statement: The 9 short films selected for this award are representative of the intersectional Asian experience and the wide range of perspectives, filmmaking approaches, and styles of storytelling from both emerging and established filmmakers across the region. These films evoke timely conversations and reflect our current times through bold stories at times humorous, political, poetic, and all deeply personal.

The jury would like to give an honourable mention to Lin Tu’s Sports Day. The film conveys the horror and violence of sexual assault in a conceptually unique way which moved all of us to our core. We want to recognize the intense storytelling and the enormity of the themes Lin Tu tackles in her film.

No Crying at the Dinner Table (Carol Nguyen, Canada)

All Canadian filmmakers under the age of 30 are eligible for this $500 cash prize.

Jury statement: The jury selected Carol Nguyen’s, No Crying at the Dinner Table, for this year’s Change Connect Award. Nguyen took us on an intimate journey with her family and the ways trauma lives in our bones, especially when unspoken. It’s a moving documentary that continues to sit with you, exploring intergenerational trauma, grief and the quiet struggles of immigrant families.

So You Think You Can Pitch Silver Award presented by Charles Street Video:

So You Think You Can Pitch Gold Award presented by Reel Asian: