Soulpepper Brings Classic Favourites, an Exclusive World Premiere, and Musical Marvels to the Stage this Summer 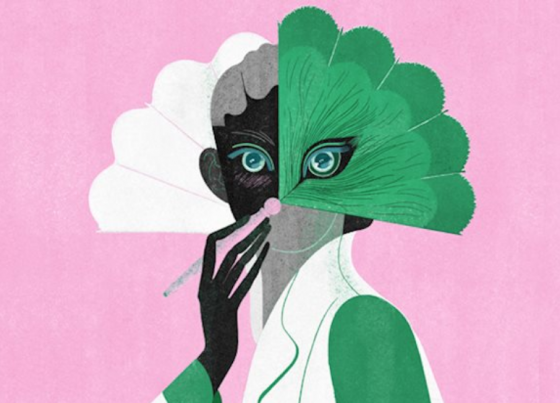 The popular Soulpepper Concerts Series returns with a new, original concert The 27 Club, delving into the intriguing mythology around famous artists such as Amy Winehouse who passed away at age twenty-seven. Audience favourites The Secret Chord: A Leonard Cohen Experience and A Moveable Feast: Paris in the ‘20s will return. All with musical direction from Slaight Family Director of Music, Mike Ross.

“This season is a perfect summer-long microcosm of what Soulpepper does best. A new generation of artists is reinterpreting great masters, with a line-up of plays and concerts that are collaborations between new and familiar faces. The resulting programming asks riveting questions, stirs the soul, and is, of course, lots of fun. Alongside our great spring programming, we’re inviting audiences to join us on an important journey at Soulpepper.” said Alan Dilworth, Acting Artistic Director.

“I fell in love with the story of Orlando quickly. Virginia Woolf’s prismatic imagination and Sarah Ruhl’s ability in honouring that magic make it a mind-bending study of life and desire. The piece bravely looks at how we choose to live, and whether or not that choice is in line with our truth. If time and gender are freed from their definitions, what might we become?” said Director Katrina Darychuk on her connection to the play.

“I find myself reading into the story of the Bunner Sisters a sense of frustration with the institution of marriage, with the power of men, with the general dreariness of the characters’ day to day lives. All these women live in a domestic world that’s too small and too limited, and there’s a pulsing, urgent undertone of desire to be free.” Playwright Rosamund Small shares the inspiration for her adaptation Sisters.

Exclusive ticket access for subscribers is available as of March 27. Single tickets go on sale May 1. For more details, visit soulpepper.ca or call the Young Centre Box Office at 416.866.8666.

How many lifetimes does it take to find love? Destined to never age, Orlando’s fantastical journey crosses continents, centuries, and genders to find true happiness in this new adaptation of Virginia Woolf’s timeless masterpiece by one of today’s most celebrated playwrights.

When Brett inherits the family home, he and Drew move out of fast-paced Toronto to set up a B&B in a picturesque tourist town. But will these big city boys face friction in their new community? With dozens of hilarious characters, all portrayed by two actors, Bed and Breakfast is a heartwarming comedy about “being out” in small town Ontario, family skeletons in the closet, and finding a place to call home.

It’s the turn of the century and Anne and Eveline have created a little corner for themselves in New York. When a handsome clockmaker comes to call, the powerful bonds of sisterhood are put to the test. Inspired by Pulitzer Prize- winner Edith Wharton’s pioneering novella, Sisters shows us hidden heroism in everyday life.

One of Soulpepper’s most popular productions returns celebrating the legacy of Leonard Cohen. An extraordinary line-up of Toronto musicians brings his timeless words and music to life in a way you’ve never heard them before.

From Janis Joplin to Jimi Hendrix, Kurt Cobain to Amy Winehouse - the list of great musicians who have tragically left us at the young age of 27 is staggering - and unsettling. Mike Ross leads a group of artists to explore their music, stories and legacies.

A Moveable Feast: Paris in the ‘20s
Music Directed by Mike Ross

A Moveable Feast: Paris in the ‘20s runs from September 14 to 23, 2018.
•
Located in its multi-venue home, the Young Centre for the Performing Arts in Toronto’s Distillery Historic District, Soulpepper is Toronto’s largest not-for-profit theatre company. Founded and guided by artists, Soulpepper has an integrated mission which includes: industry-leading youth and community outreach initiatives; artist training and mentorship programs; and a year-round diverse repertory season which is grounded in the classics and committed to the creation of new works, new forms, and innovative practices. Tickets to Soulpepper productions are available by calling the Young Centre Box Office at 416.866.8666 or by visiting soulpepper.ca.

The artists and staff of Soulpepper and the Young Centre for the Performing Arts acknowledge the original caretakers and storytellers of this land - the Mississaugas of the New Credit, the Haudenosaunee, the Anishinaabe, and the Wendat First Nations. We commit to honouring and celebrating their past, present and future.

Tickets for Soulpepper productions start at $35. Tickets for Soulpepper Concerts start at $25. $20 tickets for Soulpepper productions are available for arts workers. $20 StagePlay tickets for under-30 year-olds are available at soulpepper.ca/stageplay, sponsored by TD Bank Group. Youth 21 years old and under can access free tickets online via the MyPlay Program presented by Sun Life Financial: visit soulpepper.ca/myplay for more details. Rush tickets are often available, call the Box Office for more details.  are offered one hour before most performances (in person), subject to availability. All ticket prices include a Young Centre facility fee, service charge and HST. Pricing is subject to change.

Soulpepper gratefully acknowledges annual operating support from the Ontario Arts Council, the Toronto Arts Council, and the Canada Council for the Arts. Soulpepper is pleased to recognize the donors of transformational gifts to its Creative Capital Campaign: The Michael Young Family Foundation; The Slaight Family; The Government of Ontario; Gail Drummond and Bob Dorrance; Kevin and Roger Garland; Eleanor and Francis Shen; Ada Slaight; and Richard Wernham & Julia West. Support for all Music Programming is provided by the Slaight Family through the Slaight Family Music Program. Lead Support for the Soulpepper Academy is provided by the Michael and Karen Vukets Family Foundation, with additional support from the RBC Foundation, Hal Jackman Foundation, and the Canada Arts Training Program at the Department of Canadian Heritage.