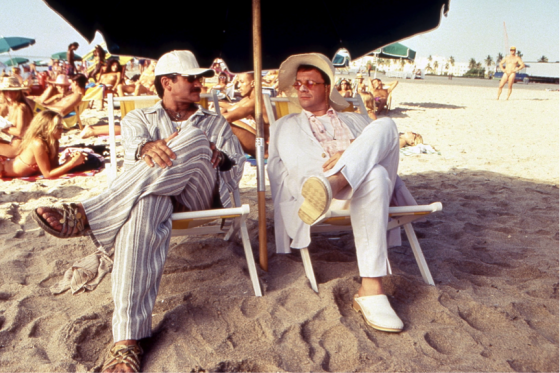 Toronto, ON, May 22, 2018 – Come as you are! Audiences are invited to celebrate Pride Month this June with The Birdcage and National Theatre Live’s Angels in America screening in select Cineplex theatres across Canada.

Beginning June 15, fans will have the opportunity to revisit the hilarious, progressive comedy The Birdcage on the big screen. First released in 1996 to box office success and positive critical reception, The Birdcage has been praised by GLAAD for going “beyond the stereotypes to see the characters’ depth and humanity.”

A remake of the classic French comedy La Cage aux Folles, The Birdcage stars Robin Williams as Armand Goldman, the owner of a popular drag nightclub and Nathan Lane as Albert Goldman, Armand’s long-time partner and the club’s star. When the couple’s son Val returns from college to announce his engagement to the daughter of a conservative US Senator (Gene Hackman), Armand and Albert decide to hide who they are and dress Albert as Val’s “mother” in order to appease their future in-laws. Comedic chaos ensues as the couple and their houseman Agador (Hank Azaria) invent new characters for themselves in order to maintain the charade.

Also screening this Pride Month is an encore presentation of National Theatre Live’s acclaimed production of Angels in America. The National Theatre Live's staging of the play was recently nominated for 11 Tony Awards, making it the most Tony Award nominated play in Broadway history. One of the most influential and daring plays of the last two decades, it stars Academy Award nominee Andrew Garfield, Nathan Lane, Denise Gough and Russell Tovey.
Set in America in the mid-1980s during the midst of the AIDS crisis and a conservative Reagan administration, Tony Kushner’s acclaimed play follows a group of New Yorkers as they grapple with life and death, love and sex and heaven and hell. Screenings of Angels in America Part One: Millennium Approaches begin on May 29 and screenings of Part Two: Perestroika begin on May 31.